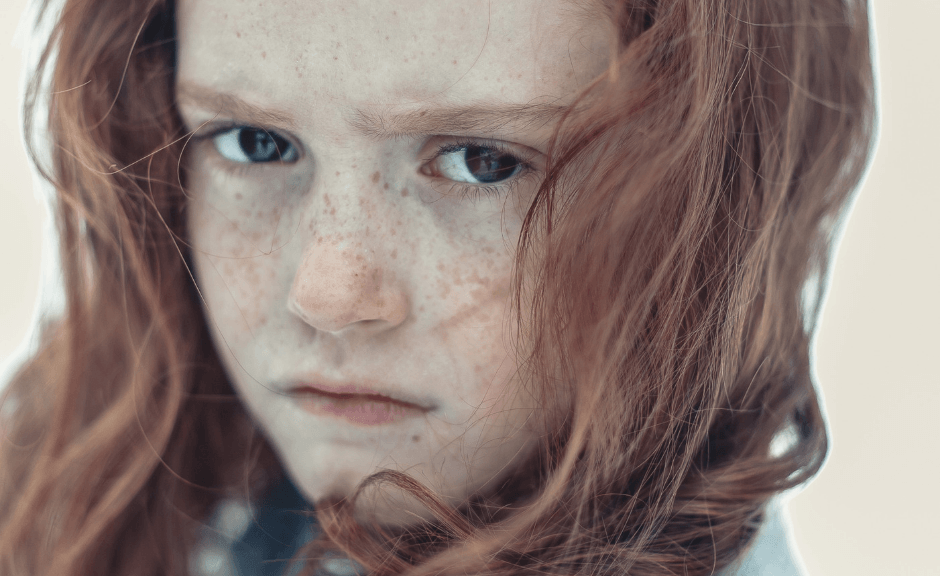 I’ll be honest: this week I was pretty overwhelmed with the world. And so this week’s article is one I’d drafted awhile ago, but adapted to fit into the sequencing of the series I’d been doing on political disgusts (see part 1 and part 2 through these links if you’re behind). Specifically, I’ll be looking at how the logical concept of hasty generalizations can help us sort out what religious moral preoccupations might be coming from the Bible as a whole vs. which may be coming from our socialization into moral disgusts.

And I’ll discuss how those kinds of insights led me to distance myself from the US religio-political policies espoused by the group known as the Religious Right and to feel way more theologically/morally comfortable with the politics of the Christian Left.

I’m not trying to make fun of or to shame conservative Christians in this series. On the contrary, as I explained in part 2 of this series, I was socialized into such understandings and in this series am seeking to explain how I’ve come gradually to hold different views. I’m also seeking to own how I see my previous views as hurtful to society and to dialogue across the Religious Right and the Christian Left. (As Maya Angelou famously and helpfully said, “Do the best you can until you know better. Then when you know better, do better.”)

This article is trying to explain some of the tools I used to help myself understand what was not actually biblical in some of my community’s religio-political views that seem to me now to come not from healthy theologies but from inherited disgusts about particular types of identities and behaviors.

Here’s the thing that finally hit me between the eyes not that long ago: most of the Religious Right’s key religious and political causes are hasty generalizations.

You remember hasty generalizations from speech class, right? The logical fallacy in which you take single cases and generalize them to make them rules?

I’ve come to realize that when I want to know how to discern whether something I learned in my religious upbringing actually is a “biblical principle” or stems from my own socialized disgusts, some of the hermeneutical tools of my youth combined with this logical principle has helped me to recognized what actually comes from disgusts, and to plot a different course in my religio-political views.

The Major Issues of the American Conservative Church=Hasty Generalizations

So yes: it finally hit me not that long ago that these modern-day political emphases of the conservative American church—especially abortion and condemning LGBTQ+ people—are based on hasty generalizations from the Bible. This is to say that when it comes right down to it, the biblical text has very little to say about either.

(Neither of these issues is discussed by the person described as God’s incarnation in the flesh—Jesus—either, which ought to make a difference in my view. But right now I want to focus in on the hasty generalization aspect.)

I think this fact alone ought to make biblical interpreters and logicians/statisticians alike intensely nervous about taking these causes as super-important religious beliefs, much less elevating them as political causes, especially “hill to die on” political causes that are more important than all others.

Frankly, right now, those causes are getting many seemingly Christian people to support things  politically that have many more verses consistently offering biblical condemnations.

Some Specifics about the Two Issues

We’ll get to that. But first let’s dive into the specifics of each of these two main biblical hasty generalizations.

For the record, I’m against abortions generally, but the fact that most of the biblical warrant for a huge single-issue voter cause is often based on a single verse in a poem—a Psalm—about God knowing us in the womb is a huge hasty generalization that ought to give us pause. Poetic language tends to be hyperbolic, and I got two degrees in literature just to make sure of that fact.

Yes, life matters, and there are plenty of verses in the Bible about that, but the question of where it begins is incredibly difficult to figure out, both ethically and scientifically. Anyone should pause carefully before taking this as a rule, much less their ONLY rule, for voting in candidates who have other agendas.

The other verse that consistently gets brought up in support of abortion bans is the old standby “Thou Shalt Not Kill.” That’s often treated as the ultimate conversation stopper—except that Christian views on when life begins are not nearly as fixed as the current political movement would allow (even as societal questions about when life ends are complex).

Again, the problem with these views relationally isn’t necessarily that they exist, but that they don’t leave room for other interpretations or views to be legitimate.

Furthermore: As this Twitter thread about abortion states, the current solutions about banning abortion in women (which would involve literally punishing women for carrying them out, and criminalizing them) rather than taking up the issue with solutions regarding men may illustrate societal disgusts with women.

If you look at these verses in context—and people I respect theologically have done so—you’ll see that the kind of “homosexuality” (and note that’s NOT the word used in the original) that’s being decried in those passages about same-sex intercourse is most often exploitive sex.

To take those verses and generalize to all healthy relationships between people of the same sex can be taken to be similar to taking a few verses about rape and saying we should ban all heterosexual relationships as a result. This, again, should give us pause before we dive into using this as a rule to condemn others, much less drive political policies.

And even if you take these verses to be banning same sex intercourse at all, and say you “love the sinner and not the sin” there are problems with how this is applied—because gay Christians’ differing interpretations are often dismissed.

It’s tricky for me to believe we’re following the laws of love when gay Christians who are trying to play out the law of loving one another in light of Christ’s commands–and those who support them–are overtly or covertly told that their interpretations of Scripture are automatically less important.

Furthermore: My studies and teaching of gender and shame (Brene Brown in Daring Greatly gets props here for her important work, but there are others) have shown me clearly that there is more to the church’s condemnation to same-sex relationships than simply “it’s a sin.” There are definitely deep discomforts with people going outside of gender roles going on here as well.

The Bible Beyond Hasty Generalizations

Here’s the thing about these two issues being the only ones in which conservative Christians think it’s important to engage politically: a huge number of verses in the Bible talk about looking out for those people who have been pushed to the statistical margins by those in power.

Statistically, a large swath of the book is spent on lifting up and looking out for those who have been stigmatized. A statistician or logician would easily conclude that looking out for the down and out, the stranger, the widow, the orphan is a mainstream Christian commandment.

Looking Out for the Least of These

So yeah, ironically, in a big part of the Bible God seems highly concerned about looking out for “edge case humans,” which is the language in statistics referring to those who are outside of the norm. Yes, of course interpreting the Bible is more complicated than that, sure.

But certainly you might be able to understand, if you think about it carefully, that it’s easier to generalize from a larger number of verses that we ought to be caring for those who are poor and oppressed than it is that we support either of the above causes and their related policies.

“Progressive Evangelical” Red Letter Christians such as Tony Campolo and Jim Wallis have long been making just this argument, and separating themselves from the Religious Right in politics and theology alike.

These Themes As Applied to Politics

If we take the principles from this larger swath of verses, this means that our policies ought to be supporting the immigrants, the refugees, those hurt by white supremacy and sexism, the potential mothers making difficult decisions about whether they can feasibly raise a child in the midst of poverty, and yes, those populations who seem in greater danger of suicide and at least stigma because they identify as LGBTQ+.

Because I was raised to interrogate the Bible myself, and was exposed to good books and theology surrounding some of these issues, I long felt this cognitive dissonance about these issues, and have been grappling with these concerns since I was at least in middle school.

Looking back, I can see how I’ve been moving politically left for a long time, not in spite of the Bible but because of it.

Looking back, I can see how I was operating under socialized natural disgusts toward what was perceived as “unmasculine” when I supported the politics of the Religious Right.

I Know Better Now—So I’m Trying to Do Better

It doesn’t surprise me that it took me so long to put together the idea of hasty generalizations specifically with my interpretation of the Bible and the concepts of the neurobiology of moral disgusts I discussed back in part 1 of this series.

After all, these spheres of knowledge—especially that of conservative biblical interpretation—tend to silo themselves from one another.

What logic and statistics call hasty generalizations are there in biblical interpretation circles, but they’re called “cherry-picking” or proof-texting—so if you feel more comfortable with those words feel free to substitute them in the above.

How Then Shall We Live?

Whatever you call it, I see it as a huge ethical concern that if we’re to act as Christians, that we subject our political choices to those larger themes in the Bible. And that pretty definitively means subjecting to the laws of love and looking out for the least of these.

I teach communication, so I know that love involves good listening to others, which should in turn cause us to value outside expertise as well as empathetic concern for those caught in the policies regarding abortion and same-sex relationships.

As a major biblical figure might say, 😉 those who have ears to hear, let them hear.

Like This Article? Want to read more upcoming articles? Sign up in the top bar and confirm your email to subscribe to our weekly email newsletter. For a limited time you’ll be sent a link to our “Assertive Spirituality Guide to Online Trolls,” which will help you with conflicts both online and off.

2 thoughts on “Logic, the Bible, and Political Disgusts of the “Unmasculine” (Part 3)”

Logic, the Bible, an… 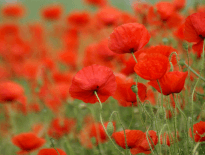 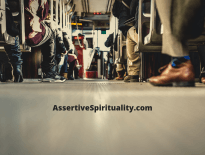 Conflict Styles On Feeling All the Feels This Week
2