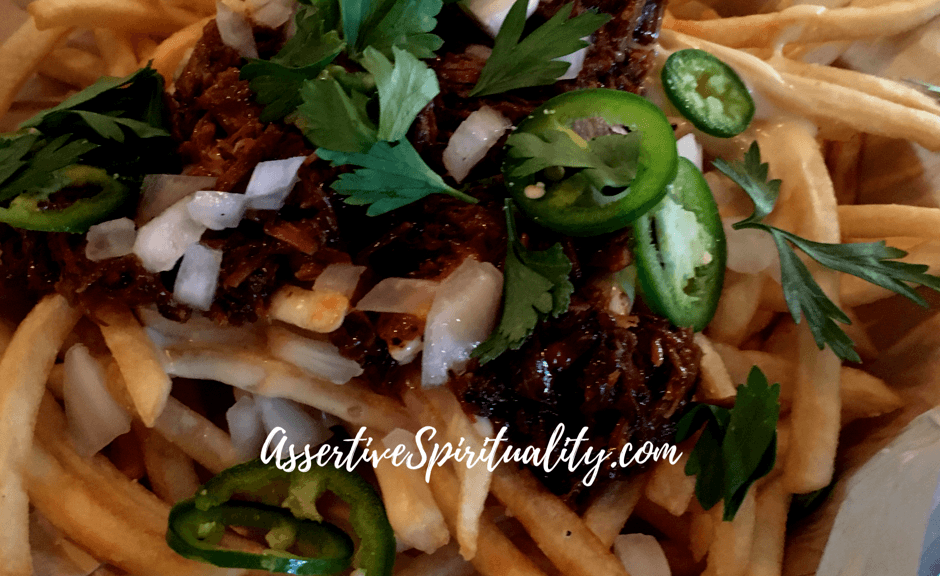 It’s been one of those weeks for me. The kind in which a confluence of a lot of conversations pops together with concepts you’ve been absorbing for a long time, and bam! One of those blinding insights. So blinding you can’t unsee it even when you close your eyes. It all started when someone I grew up with—someone who’s admitted to being bad at conflict—was assertively courageous enough to say to me last week that they liked my blog but wished it wasn’t so “political.” That ultimately led to today’s reflections  on the connections between politics and morality.

Specifically, I’m about to tell how this awkward conversation led me to insights connecting recent neurobiological findings about the brain centers where morality are to the toxic sides of the “Christian…Nice” I’ve been writing about and the varied disgusts and distastes many of us associate with the word “politics.”

This connection I’m talking about today illuminated so much for me. It particularly shone a spotlight on the current political situation. I hope it will for you, too. It’s a shorter article this time, but only because it grew too long for a single article–stay tuned for the second part of these thoughts! (Also, note that this spotlight also has me thinking about church culture. I’m thinking there might be more related articles a’coming down the pike, or around the mountain, or…insert clichéd metaphor of your choice.)

But back to that first catalyst conversation, for which I’m now very thankful. As I said, this person assertively brought up this issue of my blog being great, except for that it got into politics. Even after all these decades of work toward looking on the bright side of conflict, hearing this was still uncomfortable. (Also see last week’s article about having difficult conversations when trauma backgrounds are involved).

See, my avoider-accommodator side still seeks to take over my psyche any time someone from my childhood community brings up some kinds of disagreeing information. (I’ll explain why shortly.) To make things more complicated, talking about politics had caused problems in this relationship before, so we’d mutually set boundaries around that topic—which probably added to the discomfort on both sides.

Despite my discomfort, I feel I did pretty well. I didn’t say as much as I would have with someone else. But I was able to maintain a measured tone as I briefly reminded them, without getting into political specifics, that I do so because where the country is going is the biggest cause of stress in the US.

They responded by saying their problem with it, more than that, was that I came down on a side.

That gave me an opportunity to explain that my political stances are driven by what I study and believe rather than allegiance to a political tribe. That I really want everyone to be open to the best solutions for real problems, and have chosen the side I have in recent years because I see them as being better at that.

This person said they were all about my goal, but was pretty disgusted with politics these days “on all sides.”

Once I marinated on that a bit, my big insight emerged: that conversation was so uncomfortable because my family, community, ethnicity, class, race, and region have trained me and others like me to find things termed or associated with politics “distasteful” in a lot of ways. Read on to find out why neurobiologically we associate distasteful activities with immorality. I’ll also talk about a few of the complex, varied ways we’ve been taught to find different kinds of politics “immoral,” often in ways that contradict our stated values and spiritualities.

The Neurobiology of Morality and Disgust 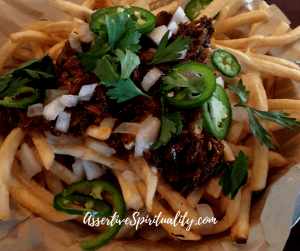 Here’s the research component: the latest neurobiological research shows us that the same brain centers we associate with morality also are the centers we associate with bad smells and tastes. (See, for example, Robert Sapolsky’s book Behave and Jonathan Haidt’s book The Righteous Mind—I disagree with some of their conclusions, but there’s so much good stuff in both these books.)

I could go so deeply on the implications of this neurobiological finding for religion and morality, but that’s a topic for another day. For now, I’ll just say this: that whole “cleanliness is next to godliness” proverb? The one that’s nowhere in the actual Bible? From what I can tell, this neurobiological research I just referred to gives us an important key to where we get that idea.

I’ll say this again: we all—not just the “religious,” but all of us—tend to associate things we find “distasteful” or “disgusting” with the “immoral.” The incarnations of this concept vary tremendously person to person and culture to culture and topic to topic, of course.

To be literal about it, let’s take an example from food: in some people “clean eating” might lead them to find a fast food meal disgusting. To others, fast food might seem the most “normal” thing, while salads might seem faintly disgusting and not fit for humans—i.e., “rabbit food.”

These issues of literal “taste” might not seem attached to morality to many of us, but these concepts from neurobiology suggest that religious ideas such as remaining kosher may be built on and speak into these same natural associations our brains make between morality and tastes.

The Theologies of Purity vs. Incarnational Messiness

From my view on theology, this idea helps underscore what’s going on with that huge cleanliness vs. purity theme in the Bible. You know—THAT purity theme! The one that I was raised to believe Jesus totally tears down through his incarnation—from birth to ministry to death to resurrection.  Stay tuned for more about this in later articles.

For this article, I want to focus the ways we so often, much too casually, use the word political in SO MANY WAYS as a shorthand for the immoral and the distasteful/disgusting. In regard to Jesus, I’ll just briefly say that a lot of people find it distasteful to be reminded that Jesus was pretty political, if in a subversive way. Others find it immoral for people NOT to engage in political action that looks out for the poor, vulnerable, and marginalized, specifically because of their reading of Scripture and its moralities. (If you haven’t been paying attention, this has caused a huge rift between the “Religious Right” and the “Christian Left” these days.)

In the second part of this series (coming in a couple of weeks—be patient!) I’ll explain why my upbringing is filled with cognitive dissonance about these two sides. I’ll also explain why my peops are still more comfortable with the former view than the latter, and some are uncomfortable with me now that I’ve come to land “on the other side.” I’ll also be discussing and how the conflicting distastes about different kinds of fit into our overall culture’s conflicts over politics.

As I said, this insight has been very productive for me, so in a later article I hope to get deeper into how I see this neurobiological connection fitting with other religious emphases on moralities of the body.

Stay tuned for more, and in the meantime, I wish you well with your own practice of #AssertiveSpirituality!

Want to be sure to see the next part when it comes out? Sign up for our weekly email newsletter in the top bar of this site! Once you’ve confirmed your subscription through the email we send, we’ll send you a final welcome email with a link to an exclusive PDF, the “Assertive Spirituality Guide to Online Trolls,” which will help you understand and deal with difficult conversations both online and off. You can unsubscribe at any time. Also hang out with us over on our Facebook page or over on Twitter at @AssertSpiritual. 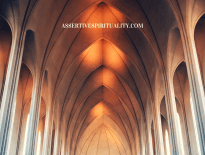 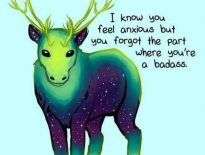 Assertive Spiritualities On Facing Difficult Conversations from a Trauma Ba…
5