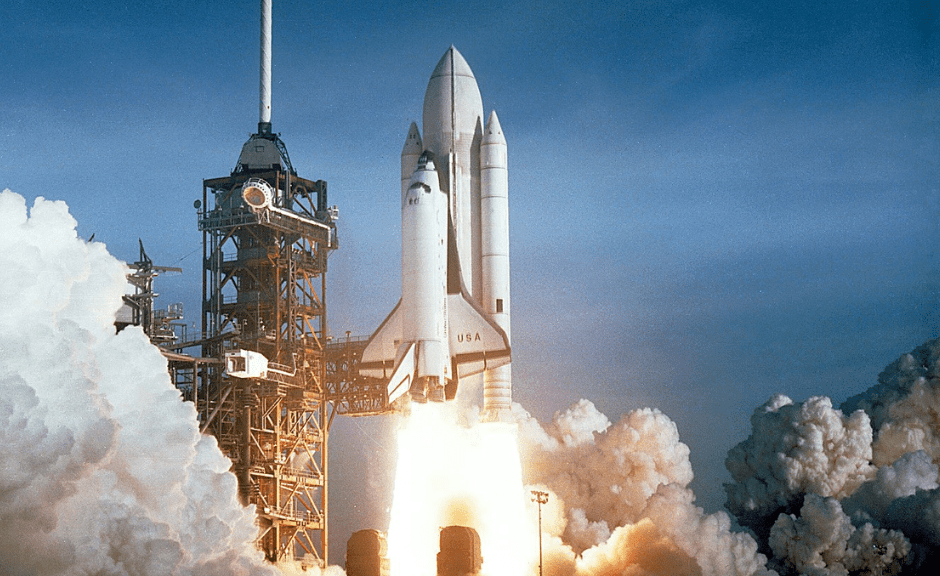 The GOP’s been pushing “viewpoint neutrality” A LOT lately in education, including both K-12 education and higher ed, if you hadn’t noticed. This is the language that shows up in a lot of the bills that are demonizing the place of “critical race theory” in classrooms, often where it’s not being taught in the first place. These bills often are requiring “equal time” to all viewpoints on history, especially racial history, even if some are false and downright damaging. Not to put too fine a point on it, as I see it, this is a very bad thing.

In the past I’ve discussed why seeming neutrality can be a problem when it becomes a form of bothsidesism here, here, and here–especially the last of these blog pieces addresses how it relates to white supremacy. I’ve most recently talked about the ways the greenlighting of Juneteenth was problematic in light of the ongoing fight to suppress teaching real racial history in schools. In this article I’ll build on those other pieces, explaining why this particular policy of “viewpoint neutrality” is an issue in the field of education.

While I won’t be using racial issues as my primary example, obviously this issue will tie in.

Spoiler alert: Ultimately, as you’ll see, while considering multiple perspectives has its place, when you try to say that “all views matter” while suppressing critique, that leads to really poor decision-making, whether you’re talking about engineering, medicine, or racial history.

What does the space shuttle Challenger have to do with all of this? Hang in there with me and you’ll see.

My Background and Viewpoint: Based in Experience and Expertise

As usual, I’ll be explaining this from my perspective as a communication scholar whose research focuses on stress, trauma, and conflict communication. As such, my business is education, and my viewpoint is pretty clear and based in research results: students all deserve to develop their voices, sure. But that doesn’t mean all content is right or good, or that all viewpoints deserve equal time, when it comes to working toward healthy decisions.

Again, my understanding of these things is not grounded in my own opinion, but in the evidence-based social science research around group problem-solving and decision-making.

The funny thing is, why the principle of “viewpoint neutrality”–meaning all perspectives need to be given equal weight in the classroom–is a problem is often really clear to my STEM students I often teach. If you are building a space shuttle (let’s say, the Challenger), giving “all sides equal time” may not only inhibit you from reaching your deadline but also may create a faulty product that harms someone.

On the other hand, often poor decision-making happens when someone’s accurate, evidence-based voice is silenced in a situation by other voices, as happened in the case of the Challenger situation. The desire to get that space shuttle up in the air on deadline silenced these types of voices.

And lives were lost as a result. (As tons of school children of that era became aware, as they watched the launch on television. But whether or not that was a good idea is beyond the scope of this discussion.)

It’s Not that Real Viewpoint Neutrality Is Never Helpful

Here’s the ironic thing: there ARE parts of healthy problem-solving processes where something like genuine viewpoint neutrality are important. There are stages where untrammeled brainstorming is really important to leave space for possibilities that may have a really good contribution to the discussion.

It’s also important because it gives people who might be shy confidence to speak up if they have important critiques later on that would lead to better decisions.

Critique and Dissent Are Also Important, Though

HOWEVER, these decision-making processes go on to leave space for everyone to critique these ideas as well, in order to bring up rightful concerns about them.

And Ultimately, Some Viewpoints Are Going to Create the Healthiest Decisions

But, yeah, in healthy decision-making processes, not all ideas or critiques are ultimately equally helpful in leading to the best possible decision. It’s more important, for instance, to hear the voice of someone with expert power in an area than someone with another type of power—for instance, someone with charisma but without knowledge of the subject matter.

So yes, good decision-making and problem-solving is definitely not about including all viewpoints—it’s about making space for first making space for a full understanding of the problems that are at stake, and then making room for healthy solutions that are as evidence-based as possible to hover up through the ranks.

When Ego Gets in the Way

And here’s the thing, as my students learn by the end of the semester: interdisciplinary research in the areas of neurobiology, social work, psychology, and communication all show us that the biggest problems come up when people insist on their need to defend their need to be right over and above the need to find the best solution to a problem.

Let me say this again, because it’s important. It’s when someone needs to be right more than they need to find the best solution to a problem that the problems crop up the most in decision-making and problem-solving processes.

What Happened with the Challenger

Often, when this kind of thing happens, others fear to confront this behavior—to assertively respond to the harmful insistence on a single solution at the expense of others—because of the force behind this kind of insistence. When cultures are created that don’t leave room for expert critique, poor decisions are made.

But Wait, the Challenger Is Such a Negative Example!

So imagine saying that the Challenger example was not allowed to be taught in small group communication classrooms, or in engineering classrooms. It’s too negative, some may say. What about all of those people who got it wrong? How dare we point out their failures?

Except, well, not all viewpoints are equally accurate. And—and this is important—pointing out errors in the past doesn’t have to mean we’re devaluing the people who made them.

But, you know, let’s also be honest—sometimes people in the past did terribly harmful things, whether or not they meant to. And we need to collectively face that if we’re to have any sort of shot of fixing the same kinds of problems in the future.

I Mean, There’s Value in Critiquing the Unhealthy Voices of the Past

Do we really need to give “equal time in the classroom” to the ones who caused such mistakes? I mean, I can see that being useful in a rhetoric classroom, so we could unwrap the harmful parts of that language and why it was harmful, so people could learn how to react differently going forward.

But the truth is, on some subjects and ultimately as decision-making goes on through the process, there is no healthy form of “viewpoint neutrality.” You may appreciate the perspective of a cell that takes part in creating gangrene, but to teach that gangrene’s perspective is a fabulous thing is, well, problematic. (It might be an interesting thing in a creative writing class, but it would have no place in a medical classroom.)

And trying to teach positive perspectives on horrific acts as strongly as you teach negative ones is like getting someone to empathize with the point of view of the gangrene (ALL VIRUSES MATTER, after all??? <end sarcasm>)

Decision-Making Regarding History Matters, Too

This is really obvious when it comes to technical problems like the Challenger or disciplines like medical science.

But the same is true when it comes to social problems and policies. Including education about racism.

Not Really about Viewpoint Neutrality Anyway, Is the Thing

The truth is that the legislators that are creating this legislation are themselves FAR from neutral in their viewpoints. It’s not an accident that these policies have been pushed alongside arguments for banning critical race theory in K-12 classrooms (where they aren’t taught anyway).

Because they’re not seeking viewpoint neutrality at all. In short, they want their own perspectives to win at all costs.

Feeling Threatened by Expertise and Critique

These legislators feel threatened by universities and other educational institutions because they fear the power that comes with expert power when applied to their own viewpoints.

In short, they fear dissent. They fear the application of good decision-making procedures.

That’s because these legislators know their ideas would not win in an evidence-based fair fight.

Because they’re trying to be right more than they’re seeking the best solutions for the common good. They’re scared of the power of expertise and dissent.

Wanting to Worm Their Way In

They want to unfairly work their own people and perspectives into healthily running institutions so they can push their own views at the expense of others, regardless of what is best for others.

Education Is about Learning Good Decision-Making

And here’s the thing: good education involves learning a variety of forms of decision-making, and careful discernment about that process. It sees things from a variety of lenses. But it ultimately doesn’t mean being left in the ether and accepting any old idea that comes along, especially one from a bully who just wants to be right at others’ expense.

See, education tends to teach critical thinking, which helps students and adults to actually care about discerning which might be the most accurate and best perspectives given the evidence of a given situation.

And that trains students to pay closer attention to evidence, and to apply that information to given situations.

Not About Neutral Viewpoints, Ultimately

Ultimately, this is what education is all about. It’s not about making sure that conspiracy theorists are given equal time in places of authority as those who are actually experts in their field.

It’s about making sure that experts give students the tools to understand whatever discipline they are being taught.

Why Good Decision-Making Is a Threat to the GOP

And ultimately, the GOP sees that process as a threat, because they ideally want to make sure their views have more power than others. They realize that the tools offered in good education systems won’t guarantee that. So they use this falsely egalitarian phrase—“viewpoint neutrality”—to ensure their views get a strong hearing in the system by scaring educators away from teaching alternative views.

Ultimately, their goal is to stifle healthy decision-making and critique of the current problems in society, up to and including racism and white supremacy.

At any rate, if you’re reading this, I would imagine you likely agree with me already. But I hope these examples are helpful in understanding and helping to persuade others why education needs no outside regulation on this issue.

What We Can Do!

Here are some steps we can take to keep working for healthier decision-making:

Go team #AssertiveSpirituality! Let’s continue to do what we can where we are with what we’ve got to continue to advocate for healthy, evidence-based views and discussions that don’t let the bullies have the loudest voices. It’s the only way we can get to a healthier world for us all. We can do this thing.

The Problem with the… 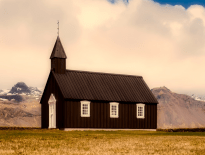 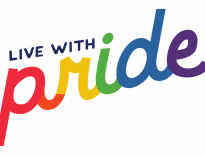 Applied Theology When Pride Becomes a Devil Term: And How We Can Re…
1