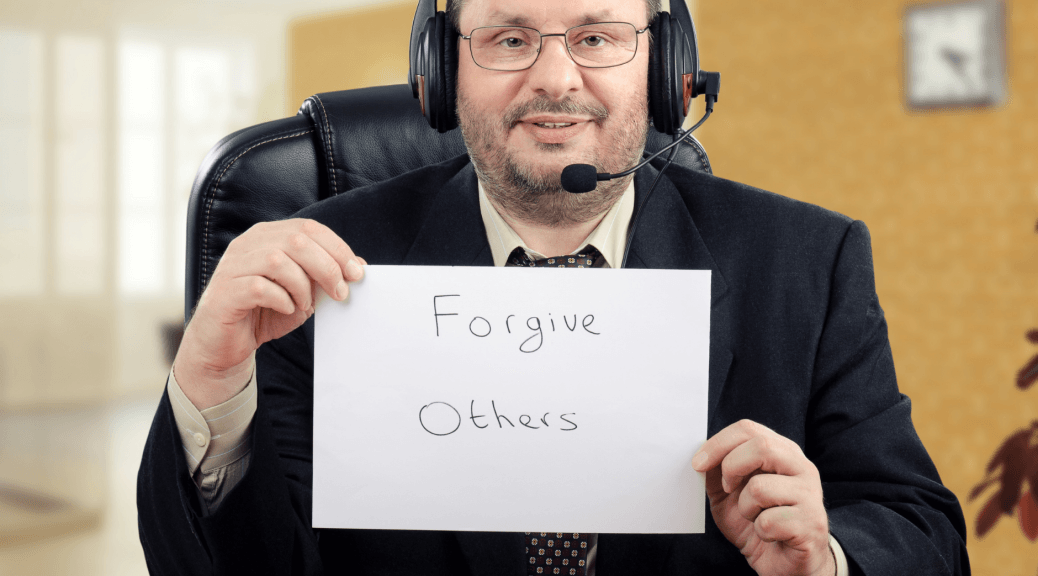 A couple of weeks ago I talked about how “Christian Nice” can get (unintentionally) mean about negative emotions. Last week I talked about “Nice” culture tends to enable covert abuse and authoritarian politics. This week I plan to continue those themes by talking about why the use of the word “forgiveness” within “Christian Nice” contexts can be potentially damaging when directed at those who are abused and/or oppressed.

In doing so, I hope to continue our discussion of “god terms” (things to be defended at all costs) and “devil terms” (things to be fought at all costs). I also plan to continue our discussion of halo effects and horns effects—the ideas that when you know one good thing or one bad thing about someone, you presume that a whole web of things about him are good or bad.

See, as we’ve discussed, abusers and authoritarian leaders alike often exploit god term/devil term and halo/horns effects to make themselves look good and their enemies and victims to look bad.

And because “Christian Nice” tends to see a (faux) peace as a god term to be defended against those devil-term folks who try to confront these types of manipulators, the gatekeepers of this culture often tend to associate victims and marginalized peoples and their allies as at least faintly immoral if they speak up against abuse and authoritarianism.

“Christian Nice” and Moral Disgust Toward Speaking Up

The Call to (Quickly and Universally) Forgive

No wonder there’s often such a quick leap to ask victims and the oppressed to forgive their abusers and/or oppressors. Because the strong emphasis on defending “peace” keeps those with power and voice in their places, the next natural (if unhealthy) step is too often to stay silent—after all, it is, according to “Christian Nice,” the “moral” thing to do.

Other “Christian Nice” folk might even go so far as to “keep the peace”—i.e., defend those hurting and oppressing others. This may come in the form of ignoring the charges to avoid the situation. It may also take the form of bothsidesism, often combined with sin leveling, both of which are really connected and relevant terms related to calls for the oppressed to quickly move to “forgiveness” of abusers.

So let’s quickly define both.

Bothsidesism has been coming up a lot in politics lately—it has to do with essentially removing the question of blame by saying that each of two parties or groups have both good and bad people (in seemingly equal proportions)—which usually goes to put more blame than is appropriate on one party and less than appropriate on the other.

The basic issue with bothsidesism, of course, is that power dynamics make it extremely unlikely in most situations that both sides are equally to blame. Bothsidesism specifically moves toward a rhetoric of equality rather than equity and justice.

In situations of domestic abuse, experts point out that abusers often provoke their victims to the point where they will fight back from survival instinct—and then blame their victims. This happens as much in authoritarian politics as it does in domestic violence and other abuse situations.

Perhaps in light of these types of dynamics you can see why bothsidesism is an issue. (And since the dynamics of domestic abuse and authoritarian demagogues are so similar, this kind of thing applies in all sorts of situations!)

The culture of what theologian Dietrich Bonhoeffer called “cheap grace” fits in perfectly with this idea of bothsidesism–which feels like in these calls for forgiveness turns into an issue of “cheap forgiveness.”

We are all sinners, so this logic goes. The problem of course is that whether or not that basic statement is true, that doesn’t mean all situations involve equal weighting of blame, and that we should not carefully consider who is more to blame.

The result of this unhealthy logic is being called, in the emerging research surrounding spiritual abuse, the idea of sin-levelling. Sin-levelling is the idea that because we are all sinners, and all sin, that all sins are equally bad.

Yeah, So I Grew Up with This

I grew up with a LOT of applications of these ideas as applied to the religio-political landscape by the people around me. I had no idea they weren’t healthy. Even with all my communication training, it’s still taken me years to unwrap all of this. (Still working at it!)

Where the Problems Lie From Many Christian Perspectives

The problem, of course, within a Christian context, is that these ideas often contribute overly nicely to the culture of “Nice” I’ve just described, but only by ignoring major themes in the Bible about God always taking the side of the oppressed and looking out for the marginalized and vulnerable.

That said, I’d like to move specifically into the horns effect problem of calls for the abused and oppressed to quickly and universally forgive their abusers.

See, as I pointed out above, the collective devil term/horns effect conflations of very disparate concepts getting lumped together is what makes these statements such a problem, on top of the bothsidesism and sin-levelling issues.

Bothsidesism and sin-levelling are bad on their own. But when these things combine with the Christian Nice idea that confrontation=a devil term, it gets really complicated. In this paradigm, confrontation and anger are both evil and in it together, and also lumped in with aggression and hatred and vindictiveness and rage and all sorts of other unpleasantnesses.

The Effects of the Horns Effect: Victim as “Threat”

No wonder victims and the oppressed would automatically be called to “forgive” if they were seen to be carrying all that kind of threat. (After all, the fear goes, victims are ALWAYS in danger of shifting way beyond coming up on equality—the fear from those used to the status quo is that they will in turn oppress others.)

The tragedy, of course, is that often, if not actually usually, victims are just seeking a little equality and accountability.

Things do sometimes get overblown, and victims CAN sometimes become abusers.

But as abuse counseling expert Lundy Bancroft has found in his work with abusers (see his book Why Does He Do That!), when someone who was traumatized abuses someone else, their abusiveness is usually a problem distinct from the trauma problem itself, and the trauma may at least partly explain, but certainly doesn’t excuse, the unhealthy behavior.

All that said, it’s important to note that powerful abusers often use–or even inflate, or manufacture–any trauma in their background to excuse their abusive behavior. This is part of a pattern by which those with power too often try to exploit empathy from others–often also called the unhealthy “Viking vs. Victim” phenomenon.

A Cluster of Potential Issues with Calls to “Cheap Forgiveness”

So there’s actually a whole cluster of problems with calls to forgiveness offered indiscriminately. Here are just a few of these issues:

I know that some victims find forgiveness an important part of their healing process, and I’m certainly not saying we don’t need it in the world for all sorts of ordinary situations, especially.

While this particular complex of issues happens in Christianity in this particular way, a lot of the components of it happen in all cultures of “Niceness” and “rationality.”

But yeah, for the type of victim/oppressed person who already feels too much empathy for their abuser, forgiveness may not be necessary for either their emotional or spiritual healing and well being. In psychology, healing procedures are often referred to as integration or, in grief studies, acceptance. These procedures don’t always have to include forgiveness in either the theological or the general sense.

And for a victim/survivor that’s never been allowed to feel anger for fear of that devil term/horns effect cluster? Well, they probably need to be allowed to access that anger of theirs in order to safely heal.

Well, I could go on, but hopefully this has been a helpful unpacking of why we ought not be too-easily asking victims/survivors/those healing from abuse and oppression, up to and including the recent victims of mass shootings, to jump immediately to “forgiving” those who have hurt them.

Instead, I would argue, we need to work harder to break up these complex networks of unhealthy concepts before we do. And instead, break through the bonds of “Christian Nice” to speak up against the toxic crap.

Need more resources to do that?

Sign up for our email newsletter and confirm your email address and you’ll receive the “Assertive Spirituality Guide to Trolls,” which will help you understand more of how the visceral responses behind conflict work, both online and off. You can unsubscribe at any time, but I hope you’ll stick around.

Go team #AssertiveSpirituality! Let’s keep doing what we can where we are with what we’ve got to speak up against the toxic crap and move toward a healthier world for us all. We can do this thing.

5 thoughts on “When “Christian Nice” Gets Mean about Forgiveness” 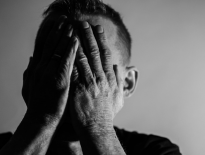 Assertive Spiritualities In Praise of Empathetic Anger; Or, Toward Healthy …