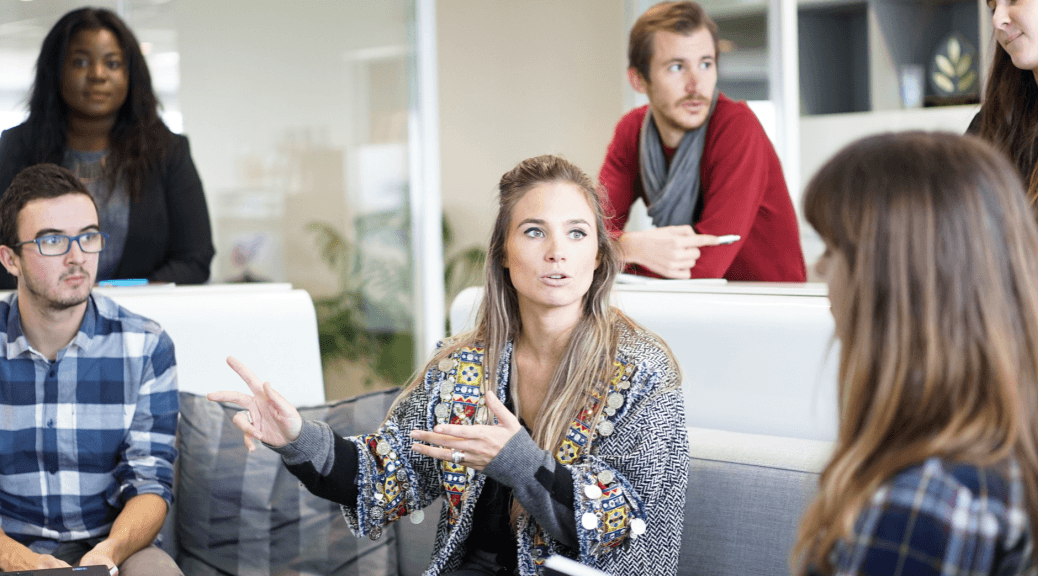 We’re all vulnerable to unhealthy stress responses. All of us. In this article I’m going to share an experience of seeing an unhealthy dynamic happen in an in-person discussion of public policy  in a class I was teaching, and what was needed to get things back on track. In the process I’ll describe how I knew things were really off track as well.

In my small group communication and leadership class (which I’ve taught in several schools), I’ve sometimes taught the final project as one in which the students led whole-class discussions on matters of public policies. This project went really well overall. But even so, there was once a moment when things went off the rails, and it was illuminating.

First, let me set the scene. This was a general education class filled largely, admittedly, with students who were uncomfortable with public speaking, so they ended up taking my small group communication class as an alternative. And yet they were about as prepared as they could be before leading these discussions.

I had warned them these conversations were unlikely to go perfectly–after all, we had a politically diverse group of students, and politics are always hard to discuss well.

We had studied stress, shame and shadow—all those ways we act viscerally in response to felt threat. We had studied how to detect and deal with these things whether they were inside us or in a group setting.

We had even practiced facilitating a discussion about other problems of public policy as a class before we got to the situation in question.

There Was Excellent Rapport

And yet. And yet.

So here’s what happened: The topic was prison overcrowding. The discussion overall had been focused really well on the questions surrounding marijuana offenses, since we’d determined from what evidence we were able to access in a limited time that that was the biggest contributor to prison overcrowding.

But things veered off track, and it happened quickly. Two normally very good-natured students in one corner zoomed off on this tangent presuming that one way to decrease prison populations was to institute and accelerate the death penalty, because from their perspective in that moment, everyone who had killed someone was extremely dangerous and needed to be removed from the system as soon as possible.

How I Knew Things Were Really Off Track: Devil Terms and Horns Effects

Obviously my ears perked up at the sound of a devil term usage paired with a horns effect. As I’ve been describing regularly on this blog, a devil term is defined as something that is seen as the most extreme version of something bad, something seen as needing to be fought at all costs. And the horns effect is presuming that if you know one thing bad about someone, that everything (or most things) about that person is bad.

The way these students were speaking was not normal—it was as though humans were the most extreme forms of evil to be fought at all costs. The way they were using these terms was unjust, and it wasn’t good for anyone, either inside or outside the room.

I’ve talked before about “True Civility.” One could say what was being displayed was “True Incivility.” No one’s needs were being met. In fact, these students were, albeit from a distance, bullying people who didn’t deserve it.

This was not good. It needed to be stopped.

We assign a conflict managing leader with a bell in these discussions, but they weren’t ringing it.

What I Did to Intervene

So I as the professor spoke up and asked for the bell to be rung, then spoke up with a firm voice.

“All those who kill are not heartless psychopaths,” I said. “That’s simply not true. There’s plenty of evidence.”

How Others Helped in the Moment

The bell and my comment (admittedly as given from me, in an authority position) released other students back into action (in the facilitation framework I teach, anyone is empowered to lead in these situations as needed).

Someone suggested this line of argument was a bit off topic from what we’d previously agreed were the solutions with the biggest impact to the problem in question. And we got back to order.

What This Moment Illustrated

It was an important moment, though, in that it illustrated a key point. A point that many psychological studies have shown. That sure, there are personality types that are prone to bullying and abuse and manipulation and oppression behaviors.

But there are also those ordinary people in the corner who can get swept up into these things.

If you don’t stop, and create an atmosphere where it’s expected that you’ll stop that train when it starts, they could get very easily carried away into such streams.

It’s Not Mean to Steer Conversations Back on the Rails

Despite what various versions of Nice (like the one I grew up in) will tell you, it’s not mean to ask people such obviously off-track behavior that goes against all reason and all evidence. It’s not rude. It’s not uncivil. It’s not disrespectful.

Admittedly Easier to Steer It Back in a Classroom Setting

Thankfully, in this case, the guys seemed happy to be called back away from their fantasy chain and back into evidence-based discussion.

Having set up rules ahead of time for the class made this easier to invoke, mind you. As did the fact that I was the instructor, and in a power position higher than those who were off the rails.

Even if they hadn’t been, though, it was key that the discussion be shifted.

People Caught Up in the Tide of Unhealthy Nationalisms

The same is true when ordinary conservative folks in this country, including white Evangelicals, are caught up into devil term usage and horns effects. I’ve talked before about how this has happened many times, including here, here, and here.

(And note–it’s key to use the articles in this blog’s devil terms series to diagnose who is and who isn’t truly demonizing others, because sometimes that isn’t the case!)

It’s Key to Stop Such Conversations Elsewhere Too

It is in the best interests of everyone involved to do so.

Let those who have ears to hear let them hear.

The Challenges of Dealing with This “In the Wild”

If you are “in the wild,” it is often harder to do this. In my classroom, I knew these kids and knew their patterns of behavior throughout the semester. I trusted they really were ordinary guys caught up in a bad moment.

I also trusted they could be brought back into line fairly easily because of ALL the groundwork we had set, and everything we had discussed earlier in the class.

In the “wild,” especially when you don’t know people, it’s not always so easy to distinguish ordinary people caught up in a moment from trolls. It’s crucial, though, and I’ve written up a tool that can help you figure that out.

Resources for Dealing with This “In the Wild”

Want to be able to better deal with trollish statements coming from people on- or offline?

Sign up for our email newsletter in the top bar or by commenting on this article and checking the box. Once you’ve confirmed your email address we’ll send you the link to our “Assertive Spirituality Guide to Online Trolls” in the final welcome email. It should help unwrap more of the research behind visceral responses and offer some options of how to respond in such situations. You can unsubscribe at any time, but we hope you’ll stick around.

Go team #AssertiveSpirituality! Let’s keep doing what we can where we are with what we’ve got to stand up against the toxic crap and move toward a healthier world for us all. We can do this thing.

Assertive Spiritualities When Good People Get Tired: Persistence in Speakin… 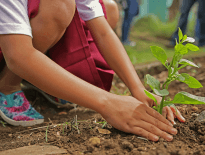