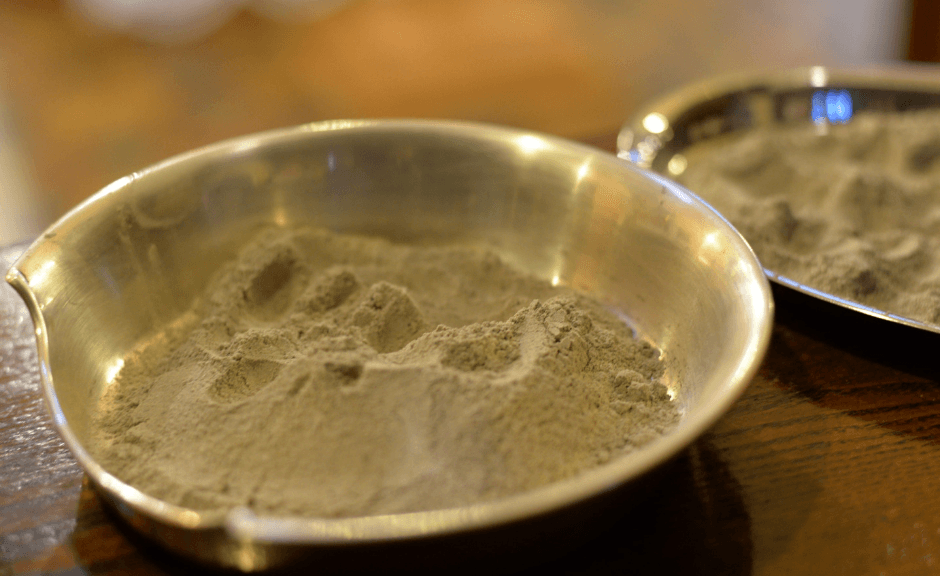 As I started writing this, it was Ash Wednesday, the day when many Christians and Christian churches soberly gather to remember their mortality. As I finish it a couple of weeks later, it’s still very much Lent—and feeling more intensely that way after last Friday’s mosque shooting in New Zealand, perpetrated by a white supremacist. In light of all this, I felt it was high time to continue this series reflecting on god and devil terms by talking about healthy and unhealthy ways of dealing with our fears of mortality and limitation.

The air is filled with mortality these days. Mortality of those who gathered in a house of worship, and called their attacker “brother.” Innocent death.

I hate that it is so. I wish I could escape from it. I’m pretty sure we all feel that way. We rage against death, our ultimate “devil term.” And we hate it when someone who claims membership in our group causes unjust death to others.

Some Background on This Series

Fear of Death as Common to Us All

It’s not an accident that literary theorists identify most genres of literature as seeking to overcome death in some way: comedies through marriage and procreation, hero tales by leaving a tale that will live after the hero’s death, and so on and so forth, ad infinitum.

For most created things, death is the devil term. And we all naturally wish to evade it in some way. To conquer it. To leave our mark. Or to have someone else conquer it for us.

Fear of Death Is a Rightful Big Deal

It’s no accident that we fear death. Life is infinitely valuable. But too often our extreme valuation of our own lives or those of our group over and above others can become really toxic. And focusing only on life and suppressing our fear of death can be gangrenous too.

We wish to have our fear of death relieved in some way, if we can. And we very naturally and rightly wish to do what we can to join the fight against death.  That’s great, and so important—but if we don’t stop and let ourselves grieve that none of us are designed to conquer death completely, we’re in trouble.

The Twisted Lies that Accompany Avoidance of Mortality Fears

See, whenever individuals and groups and societies accept the lie that they somehow represent a “god term” that can somehow overcome death, more death has resulted. There’s lots of research that shows this.

“Christian Nice” and Fears of Mortality

Even growing up in a church culture that was very open to the idea of imperfection, we somehow always rushed too quickly to Easter. We idolized “Purity Culture Lite.” We didn’t preach hellfire and brimstones, thanks be to God. And yet we avoided Advent and Lent, the church seasons that were designed to confront head on our fears of death and limitation.

We suppressed our frustration at all of this, and it came out in a lot of passive aggressive snark. I see that now. It made us unhealthy.

And so as an adult I’ve been trying to dwell in Advent and Lent more. To confront my mortality.

Ash Wednesday and the Displacement of Fear onto Ashes and Dust

“Ashes to ashes, dust to dust,” those who went to Ash Wednesday services heard, followed by the visible sign of ashes and oil imposed on the forehead in a cross shape.

Even as an adult who sees the need for such a ritual, I still avoid it a good chunk of the time. See, going up in public and having the cross imposed for everyone to see has been difficult for me.

So one could say I’ve bought into the idea of this ritual. I realize that it’s key to come to terms with my own mortality, my own imperfection. But I even now hold a bit of a “moral disgust” toward it.

The Struggle to Embrace the Ashes

When I’m honest, in this season when we are called to remember mortality, limitation, etc. etc. etc., I realize that I have buried in me somewhere a similar disgust toward anything that reminds me that I’m not perfect, and especially that which may lead toward death.

But the ashes smeared on my forehead aren’t actually death, of course. They aren’t dangerous at all.

And there’s the rub. When we take these natural fears to the extreme, when we bury them in unhealthy ways, we often unjustly displace our concern about death on things that don’t actually lead to death.

At best, we only take it out on ashes.

At worst, we commit mass murders against innocent people.

Some Kinds of Displacement are Healthier than Others

The thing is that it’s valid to be concerned about that mass murder thing. And it’s valid to fear things that really do lead toward death.

And it’s valid to point out that we need to actually realize that those other people that we are bred to find suspicious may not always be. That maybe those “fearful targets” are really ashes to ashes like the rest of us, dealing with the same fears of death as the rest of us.

(For that matter, pointing out that Christians have been killed by others doesn’t reduce the impact of those other innocent lives lost. Nor does it make our group’s culpability any less.)

Helpful to Point Out the Real Problems

It’s right and good and healthy to point out that the burying of these fears is a danger that can actually lead to unnecessary death.

And for this season of Lent, this season where we remember there was a time when the Resurrection part hadn’t happened yet, I think it’s important to take all of this intensely seriously.

If those of us following this season rush toward resurrection, we only bury that fear of death further down. If we do so, it can too easily become toxic, gangrenous.

It too often gets displaced on ourselves and often unjustly onto the wrong targets. And when we combine this with seeing avoidance of confronting the real threats as a “god term,” we too often are complicit with those who are actively hurting others.

This process, when it too frequently happens, hurts all of us.

Detecting Our Way to Justice

To make wise choices in our lives—and to be just to others and the world—it’s so important to do our detective work to carefully distinguish between death itself and ashes. Between the genuine danger of people from “our group” holding a gun, and those who may seem dangerous but are just seeking to worship.

To avoid becoming ill from our suppressed fears, we need to acknowledge them. If we don’t actually put the signs of them on our foreheads, we need to say them out loud. And if not to the world, at least to ourselves, and preferably to at least one other person we trust.

When we don’t do this—when we create a culture where we push down our negative emotions—we are too easily ruled by them, ironically. They become deeper than feelings we hold. They become part of our identities.

What Happens When We Internalize Our Fears

Once that happens, we get really sensitive. Sometimes we get physiologically ill. We tend to take all sorts of things as an attack. And to be honest, that’s when the gangrene becomes dangerous to ourselves and others.

That’s when we act unwisely. We lash out and/or run away from anything, whether or not it is a threat. If we’re not careful, at the extremes, this actually leads to unjust deaths. Mass shootings. Genocides. Holocausts.

See, all of these things I’ve just described, these systems—they have something in common. They encourage us to bury our feelings. To never deal with them. To believe that we are or need to be immortal, somehow, or perfect. And the outcomes hurt all of us. They end up killing unjustly as well.

When we deny people proper channels to deal with their grief and fears about death, to consider them valid at root—when we rush to resurrection without dwelling in the pain of mortality—that’s a problem.

See, death is the enemy—but not everything leads to death. And fear of death is something to be looked at carefully without being set up as a “god term.”

We may live after death—most days I believe that we do—but in the meantime, I need frequent seasons to deal carefully and seriously with my fears that we may not.

Ashes to ashes, dust to dust, friends. Let’s all remember our mortality, lest we bury it and it bear not good but bad fruit.

Those who have ears to hear, let them hear. And go team #AssertiveSpirituality! Let us all have the courage to face our own fears, and to help others do likewise. Let’s mourn with those who mourn, and have the courage to advocate for a healthier way forward.

______
Like what we have to offer and want help speaking up and dealing with the conflicts that often accompany that? If you sign up for our weekly email newsletter in the top bar and confirm your email address, we’ll send you a link to our “Assertive Spirituality Guide to Online Trolls” in the final welcome email. You can unsubscribe at any time, but we hope you’ll stick around. 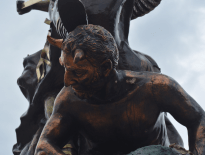 Assertive Spiritualities “Get Behind Me, Satan!”: Jesus and the Limits … 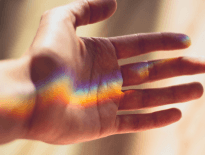