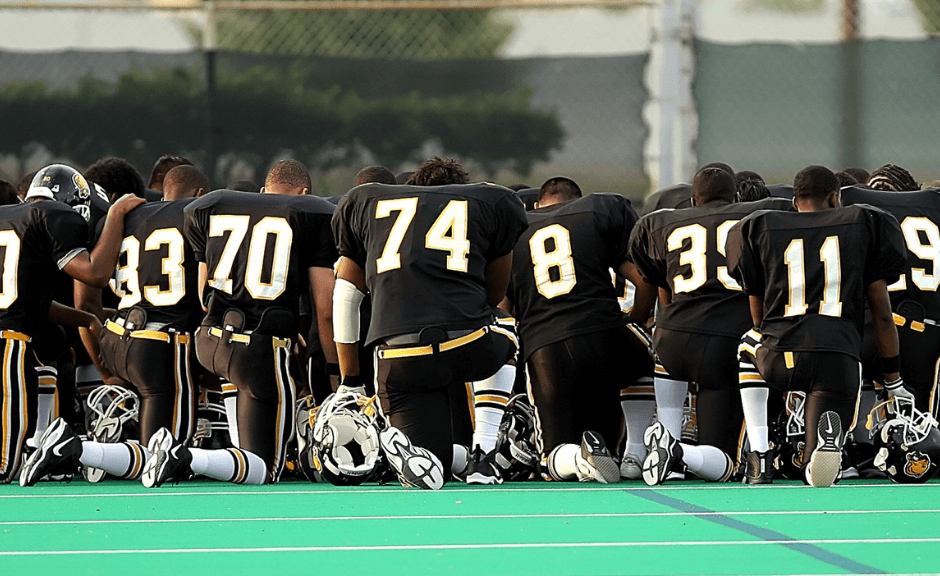 It was Super Bowl Sunday in the US this past Sunday (February 3, 2019). I posted a timely Black History Month-themed meme honoring Colin Kaepernick, the African-American football player whose kneeling during the national anthem to protest black deaths lost him his job. Thankfully, the game was really boring, because I spent a good chunk of that night and sporadically throughout the week continued to respond to the comments. That experience inspired me to focus this week’s article on the rhetoric of respect in this case.

As a communication scholar, I find it both fascinating and disturbing how divisive this particular question—of whether Colin Kaepernick and other black professional football players should have kneeled during the national anthem—has become. In this article I plan to specifically focus on the rhetoric of respect in this case, especially the arguments that view Kaepernick’s acts as disrespectful and warrant his dismissal.

Many of the arguments about this issue often boil down to questions about “respect,” a term whose definitions are remarkably fluid depending on the situation (we already discussed a bit how this works with the concept of civility).

The Many Definitions of “Respect” and “Disrespect”

The fluidity of the word respect becomes clear to me at the beginning of every semester in my communication classrooms, as we go around the room in most of my classes and talk about what each person sees “good and bad classmate behavior” as being. After several semesters, I now offer encouragements every time someone says “respect” to break that down more, because it really does mean something different to everyone.

Often “respect” is really defined for us by its flip side, “disrespect”—and what we mean by that is often extremely illuminatingly varied. In the case of my classes, students’ varying definitions often highlight potential tensions, which we then discuss.

Tensions that Inevitably Arise among Definitions

For instance, one student–let’s call this student Chris–may find it disrespectful for anyone to find offense at anything anyone says (an argument which puts all the onus for offense on the hearer and excuses the communicator from any responsibility for audience analysis).

Another student–let’s call this student Jo–may only find it to be respectful if people think carefully of others’ reactions before they speak.

When these kinds of conflicts come up in this exercise, I often guide the class in a discussion of how both meaning and responsibility for communication acts are an ongoing negotiation among parties. We talk about how tensions are bound to arise when such differing views of respect arise.

Diagnosing the Source of Such Tensions

Certainly tensions are especially bound to rise when one party–in this case, Chris–is unwilling to be influenced by other views of the situation. In such cases, it’s important to note that the tension is not caused by Jo’s views, but Chris’s.

See, Chris’s view leaves absolutely no room for negotiating. The only thing it makes space for is his view. Looking carefully at the arguments regarding respect on “both sides,” those in Jo’s position are right to feel that such views are inherently aggressive.

As you’ll see, such tensions abound in the case of Colin Kaepernick.

The arguments I’ve heard arguing that Kaepernick’s case shows disrespect often boils down to one of the following variants of “it may or may not have been right for him to protest, but it wasn’t the ‘right time.’”

And, a little bit apart from these, but related, is the “Kaepernick has a lot of money and ended up getting the Nike contract, so he didn’t really suffer and isn’t worthy of respect for standing up for protesting” argument.

Looked at baldly, all of these explanations expected Kaepernick’s cause to be less important than the speaker’s view and interpretation of what was important and respectful.

The challenge, of course is that in the large bulk of these cases, people making such arguments decide that respect only means one particular thing and refuse to listen to alternative readings of a situation.

In some of these cases, as I said, people pretended to show Kaepernick some respect by saying his cause—protesting the unjust murders of black people by police—was just, but that he chose the wrong venue to make his protest.

I say “pretended” because this argument too often claims to be willing to consider alternative perspectives, but is actually quite unyielding in the insistence that Kaepernick and other black football players ought never have protested by kneeling during the anthem during a game.

(NOTE: I wouldn’t consider it unyielding if most people making these arguments actually agreed that it was wrong for him to be dismissed for his protest and stood up against it. But in my experience they have not done that.)

This argument—that this protest would have been fine had Kaepernick done it at another time, pretends to be rational—to be creating a middle ground. But in refusing to validate such a mild if visible form of protest during a game—during the anthem, when surely there are fans doing all sorts of unorthodox actions that could be caught on camera much less patriotic than kneeling—proponents of these arguments are far from neutral.

No, these arguments, however seemingly neutral, are not. These arguments are still competitive, and furthermore are diminishing the value of the cause Kaepernick was supporting by their very seeming bids for neutrality. These feel like the kind of patronizing “there, there” arguments that someone who believed you were crying wolf about a catastrophe might make when you burst into the room.

They betray a lack of trust in the word of Kaepernick and others about how serious the problem of unjust black loss of life is.

It is only natural that Kaepernick and others that are fighting for justice would find this kind of argument disingenuous and extremely frustrating. This argument fits the bill exactly of the “white moderate” phenomenon MLK called worse than the problem of extremists fighting against the Civil Rights Movement that we discussed previously on this site. As we’ve discussed, we have extended MLK’s and others’ points about such phenomena to more broadly talk about the problems of toxic “cordial hypocrisy” or “toxic Nice” in letting bullying, abuse, and unjustice to go unaddressed.

The biggest problem with these seemingly “peacemaking” arguments, of course, is that when you step back, the arguments are that they are defending the point that a simple act of kneeling during the national anthem warranted the outcome—that Kaepernick lost his job and was blackballed from the league.

The Context: Kneeling as Respect

Note here that kneeling in general is an act that has incredibly long been seen as an act of respect, including kneeling before dignitaries. Also note that kneeling during the anthem has had a long legitimate history of protest by white athletes as well as others. And Kaepernick’s kneeling in specific was in fact suggested by a white veteran, who explained to him that “soldiers take a knee in front of a fallen brother’s grave, you know, to show respect.”

Kaepernick’s adjustment from his initial sitting posture to one of kneeling was therefore reached through his listening to a veteran who was helping him understand how to enact respect on a battlefield.

Lopsided Willingness to Negotiate—Only on One Side

Through adjusting to kneeling, Kaepernick was communicating a lot of listening about the potential for perceived disrespect by veterans and simultaneously deepening the resonance of his protest. After all, Kaepernick’s protest was against those of his brothers and sisters who he saw as unjustly slain.

In listening to and drawing from a patriotic battlefield tradition, Kaepernick was drawing a comparison that was uncomfortable for some, absolutely. But his choice was drawing on a strong tradition of patriotic respect, and one specifically by soldiers on the battlefield.

Dismissing the Context and Alternative Views of Kneeling as Respect

Those who say that Kaepernick and others who kneel during the anthem are being unpatriotic, therefore, are dismissing these traditions and explanations along with Kaepernick’s cause. In the process, they seem to be also saying, whether intentionally or unintentionally, that Kaepernick’s fallen comrades are not as worthy of respect as a soldier is.

In my view, the broader context of Kaepernick’s dismissal from his job over these acts further highlights the disrespect to Kaepernick and his cause as well as to these variant traditions of military respect by people who make such statements.

Who Stayed While Kaepernick Was Blackballed

See, Colin Kaepernick was dismissed from his job while many other football players who have been actually convicted of violent acts such as domestic violence were retained. This contrast illustrates that they see Kaepernick’s “alternate tradition of respect”-inspired protest as a worse problem than those other acts of violence.

Again, Not “Neutral”—on the Side of the Dominators

One could, in fact, argue that those upholding the NFL’s right to fire Kaepernick because of his seemingly “extreme act of disrespect” were actually arguing on the side of violence and bullying over and against the side of respectful non-violent protest concerned about loss of life.

The fact that the people making these arguments are often completely unwilling to be influenced by other views of the situation further illustrates that they are on the side of the aggressive variant of the conflict style that conflict scholars sometimes call “domination.”

A Caveat: Not All “Domination” Is Bad—But…

Conflict scholars point out that there are good reasons to use the “domination/competition” conflict style, and I agree. In fact, as regular readers should know by now, I’m all about competing when you are actually fighting on the side of the marginalized and the oppressed. I also think it’s the perfect opportunity to compete when rhetoric, policies and actions are compromising the common good, especially of those groups.

In other words, I think Kaepernick had every reason to kneel in contradiction of the rules. His extremely non-violent protest during a patriotic moment, to me, illustrated both respect and healthy dissension with unjust rhetoric, policies, and actions.

But when your arguments end up reinforcing the side of bullies and to further put the blame on already bullied, marginalized, and oppressed peoples? Please understand that I mean no disrespect when I say that use of the conflict style seems extremely unethical as well as disrespectful.

In short, these arguments that Kaepernick’s act is disrespectful (implicitly or explicitly arguing that the act warranted dismissal) are the same as the imaginary student Chris in the example I gave at the beginning of this article.

Why I Will Continue to Back Kaepernick and His Protest

Certainly, as someone who subscribes to the #AssertiveSpirituality ethic that sees the lives of the marginalized and the oppressed as worth upholding for the sake of justice and equity, I can’t get behind those who argue that Kaepernick was some kind of transgressor that in any way deserved his “punishment.”

And I will continue to assertively defend my interpretation against such points, no matter how softly their proponents pedal their complicity with domination and bullying.

If All Lives Really Matter, Let’s Defend the Rights to Protest on Behalf of the Bullied and Oppressed!

After all, I truly believe that all lives DO matter–which is why I will continue to stand up on behalf of the lives of the marginalized. I hope you feel the same, and join me in speaking up and working to solve the toxic patterns that lead to the unnecessary traumas and loss of lives in marginalized communities.

Go team #AssertiveSpirituality! Let’s do what we can, where we are, with what we’ve got to make a better world for us ALL to live in. 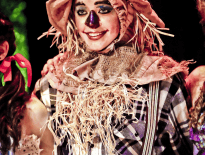 Definitions “Leftists” and Socialists, Oh My! The Politics… 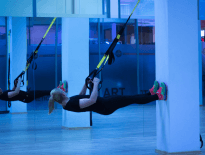