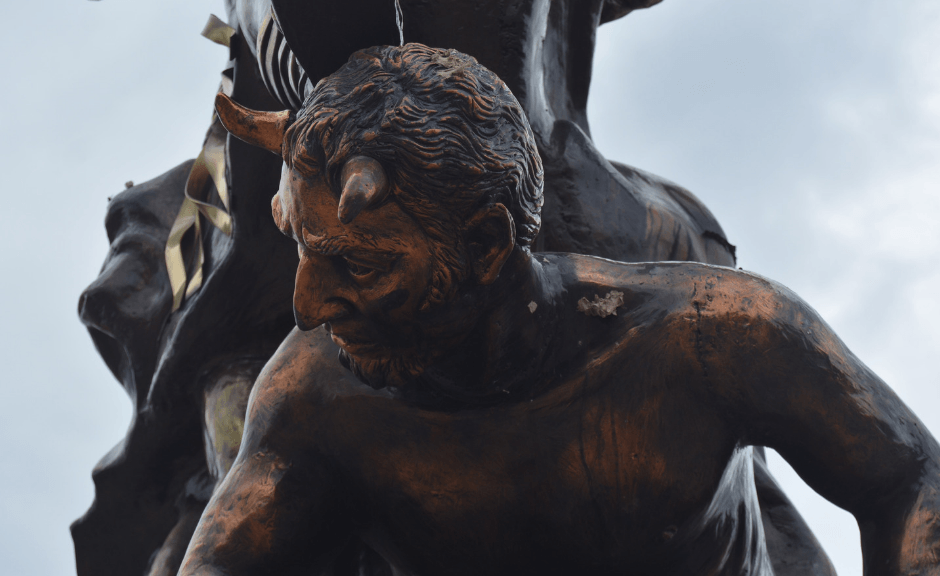 In this–the latest in a series of posts on “god terms” and “devil terms” (see the previous installments of the series here, here, here, and here)–I talk about how Jesus did NOT treat “free speech,” neutrality, or “equal time to all perspectives” as “god terms” to be defended at all costs. In fact, according to the biblical narratives, he seems to have definitely taken the side of the poor, marginalized, and oppressed the large majority of the time. Also according to the biblical narratives, he also set pretty clear boundaries on who got to speak.

Acknowledgments, and If You’re Not a Jesus Fan

This week’s article was in part inspired by many great conversations at last week’s International Listening Association conference in Vancouver, especially with Jerry Catt and Sandra Sommers of Listen4AChange.org. Special thanks to you and all of my ILA colleagues!

NOTE: If you’re not a Jesus fan—and as far as I’m concerned, you definitely don’t have to be—Jerry pointed me to an article about how Karl Popper agrees with the basic parts of my points here, if you want to check it out. Basically, he says the way a tolerant society works is not letting intolerance dominate it. That point backs up what I’ve been saying here about the toxic sides of “Christian Nice.” Other findings from a wide range of disciplines back this idea up, as I’ll get to later in the article.

C.S. Lewis and Speaking Up Strongly

My favorite anecdote about Anglo-Catholic convert C.S. Lewis is that he wrote in his famous work Mere Christianity that something was “damned foolishness,” and then footnoted it addressing a complaint that it was “frivolous swearing,” saying “but I mean exactly what I say.”

I may not fully agree with him what was “damned foolishness,” mind you—but I absolutely believe he had a full right to use the words. (I talked more about swear-policing here and here.)

Competition as a Conflict Style Is Sometimes Necessary and Spiritual

See, too often we, especially those who are trying to move away from fundamentalist Christian dichotomies—stray into the opposite problem—thinking that Christianity is about being soft, giving equal time to all perspectives.

Especially in America lately, I hear a lot of confusion between Christianity and claims about “free speech.” From these same people, I tend to hear a lot of rhetoric, if I stand up strongly for, say, human rights for the oppressed, about how we should just “agree to disagree.”

But here’s the thing: as CS Lewis himself purposely allegorized Jesus as Aslan in the Narnia tales, Aslan is “not a tame lion” who avoids and accommodates to conflict at every turn. Sure, he strategically remained silent in many of the final hours of his life. But that was not the only model he offered. It’s so important to note that was strategic and situational.

But there were many many many times during the years of his ministry when he spoke up very strongly and intentionally, and he did not cede equal ground to other perspectives. At least not based on the records we’ve received.

When Jesus saw the moneychangers in the temple, he didn’t wait for a discourse on capitalistic theory—he got out the whip.

Jesus didn’t take time from calling certain religious leaders of his day “blind guides” and “whitewashed tombs” to calmly give them equal time to have their say.

When he was speaking on the Sermon on the Mount about how blessed the meek are, he didn’t stop to offer equal time to King Herod or Pontius Pilate.

And when Peter spoke up against Jesus’ perceived mission, he did not politely wait for him to go on.

News Flash: I’m Not Jesus, But…

My judgment may well be faulty.

It’s entirely possible I’m wrong about every single belief I have.

But the point of this article is that if you come on the Assertive Spirituality site (here or over on Facebook) and tell me I’m being mean for not giving your defense of immoral people or politics “equal time” out of some defense of some damned nonsense in which you’re defending “free speech,” “fairness,” or “neutrality” as some sort of “god term,” then excuse me if I follow in Jesus (and CS Lewis’ steps) and call bullshit on that.

See, I read the original Charles Sheldon book (In His Steps) that the whole WWJD movement was based on. I’ve also grown up incredibly well educated about the Bible. I’ve read it cover to cover many times, and studied its contexts extensively. I’m aware of church history and many perspectives on its pages.

And respectfully, if you think God is not on the side of the brokenhearted child separated from their parents at the border or the refugee running from gang violence rather than the person quoting shitty verses about walls out of context, you’ve got it wrong. You just do.

If you think God has baptized a grossly immoral person to lead a nation so you can get a few Supreme Court justices or because you’re scared of some looming spectre of sharing with others (quoting verses out of context to justify your twisted view), then frankly, please get behind me Satan.

And if you think that a few out of context verses somehow makes someone’s gender identity or differing sexual orientation a sin worthy of putting teenagers out on the street and considering suicide, especially AT THE SAME TIME you’ve been completely silent on holding the sexual abusers of #churchtoo to account for the damage they’ve caused, then you need to reconsider your priorities.

And if you’ve bought the lies that the US Democratic party and its platforms, many of which platforms many Christians legitimately support because they are looking out for the marginalized, is somehow scarier than children in cages and actual self-identified Nazis marching in the streets, then, well, that’s incredibly sad and wrong and messed up.

Don’t get me wrong: I don’t think Jesus’ ONLY conflict style was competition. He didn’t use this style all the time, and certainly not on all topics or with all people. In fact, Jesus seems to have most pulled this style out when he was defending the powerless or the marginalized or the oppressed. Jesus seems to have given them more time, and considerably less competitive discussions, than he did to the religio-politically powerful.

But man, when he picked his moments, did he ever stand up to the powerful. In fact, he was killed with the charge of being an enemy of the state. He was killed for his speaking truth to power.

WWJD? In my view it’s about speaking up strongly when people are being hurt.

And yes, that means that not everyone that comes to the Assertive Spirituality FB page or blog gets “equal time.” If you’re speaking up on behalf of voices that are getting plenty of say and sway elsewhere—voices that have some of the biggest power and backing of the most powerful voices in the world—and trying to claim you are speaking up as Jesus would and deserve equal time with perspectives that are voicing and/or standing on behalf of the brokenhearted?

Well, if you do that, respectfully, I’m going to ask you to quietly step away with your damned nonsense. It’s what I believe Jesus would do.

Not Just about Jesus: Healthy Decision-Making

It’s also, as it happens, what is proven to be best for the healthiest decision-making procedures. If, say, you’re trying to design a functioning computer, you don’t allow for equal air time to all perspectives equally.

Yes, there is place for evidence-based, expertise-based creative differences of opinion on how exactly one ought to go about such a thing. Absolutely.

But the idea that “all perspectives ought to have equal time”? That the facilitator of such a discussion would need to remain “completely neutral”? Respectfully, no, as someone who is just teaching the problem-solving and decision-making units in small group communication and leadership, those arguments simply don’t bear scrutiny.

It’s a great idea to leave space for creative brainstorming within a problem-solving/decision-making process, absolutely. But one must absolutely make calls among which ideas are best at some point.

And when someone’s burning the house down while calling out blame for those who are driving the firetruck to put out the flames, and claiming to be a victim while claiming an inordinate amount of power and shifting the blame onto innocent parties, it’s simply not okay to give time to defenders of that person’s extremely dangerous tactics.

#AssertiveSpirituality is all about speaking out strongly in such situations—and that sometimes on our FB page that leads to bans. If you’re commenting, sure, most of the time—especially when I have the time and energy—I’ll take the time to figure out whether you’re having a bad day or really just here to stir up trouble.

And usually I’ll try to get you to step away before banning you outright.

But once I’ve made that decision, and especially when it comes to issues of incommensurability, which it’s not worth my time to educate you when there is plenty of material out there to read? It’s time to WWJD, friends. (Ninja-Jesus style!)

Go Thou and Do Likewise

Go team #AssertiveSpirituality! Let’s keep doing what we can where we are with what we’ve got—and remember that it’s okay to have boundaries when it comes to damned nonsense that defends the powerful at the expense of the oppressed. Especially when that defense is grounded in devil term usages of words rather than the dictionary definitions.

Let those who have ears to hear, hear. And let those who don’t, please step away without comment unless you are willing to show a genuine desire to learn and change and stick up for the oppressed. Amen and amen.

_____
Like what we have to offer and want help speaking up and dealing with the conflicts that often accompany that? If you sign up for our weekly email newsletter in the top bar at this site (or just comment on one of our articles and check the box) and confirm your email address, we’ll send you a link to our “Assertive Spirituality Guide to Online Trolls” in the final welcome email. You can unsubscribe at any time, but we hope you’ll stick around. 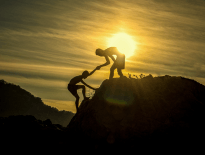 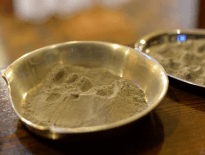