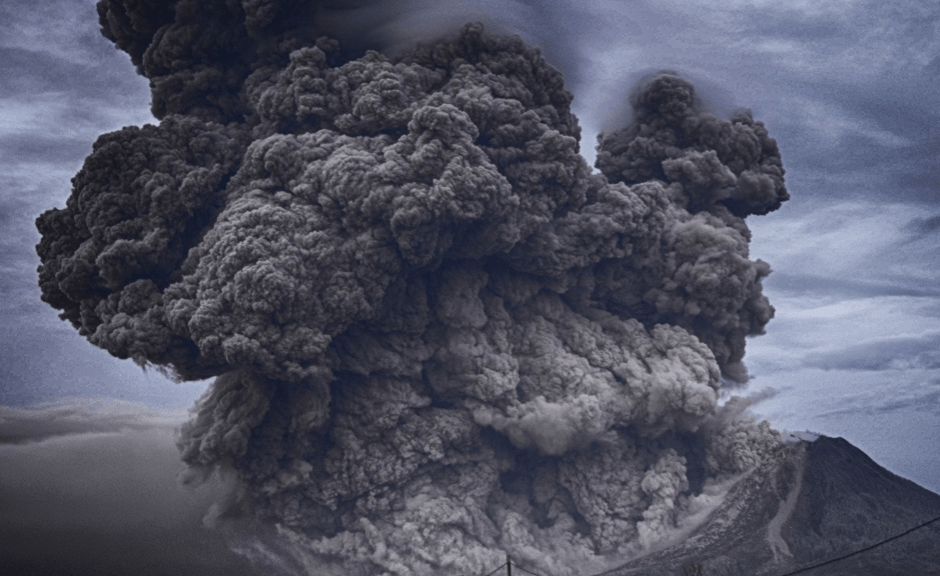 As those of you who’ve been following this space for awhile may remember, I first wrote extensively about my experience with Rush Limbaugh here when he was disturbingly given the Medal of Honor at last year’s State of the Union. Ever since the death of this poisonous man on this past Wednesday—Ash Wednesday—I’ve been trying to figure out how to extend that discussion here. In this article, I plan to talk about some of the ways I’m mourning the continuing impacts of Rush Limbaugh’s toxic legacy and encourage us all to continue to work against it now that he’s gone.

Where I’m Coming From

So yeah, as I’ve written before, this topic is both personal and professional for me. As I wrote in the last post about Rush, I spent extensive time listening to this man’s horrible rhetoric in my high school years. Like so many others, I did not listen by choice, but because a peer who drove me to and from school insisted it be on the radio regardless of my protest against it.

Even back then, it felt abusive to make me listen, and possibly started to push me toward being more progressive, even while the listening slowed by progress in that direction by demonizing the “other side” for me.

So it’s personal for me, but it’s also professional. See, I think those experiences started me intuitively on the road to studying what I study now, as well as voting the way I vote. As a scholar of stress, trauma, and conflict communication, I now have scientific as well as social scientific backing to know how incredibly bad for so many people this kind of rhetoric is.

All of which is to say that hopefully y’all will understand that what I’m saying here about Rush Limbaugh in assessing his life and legacy after death comes from both of those kinds of sources.

So yes, if you somehow had not heard, right-wing radio host Rush Limbaugh has died.

He died on Ash Wednesday—the day when liturgical Christians often hear the sobering phrase “Ashes to ashes, dust to dust.”

A day when those who celebrate are reminded of their mortality.

There was certainly a dramatic irony about it, that Rush Limbaugh died on Ash Wednesday.

After all, for many of us, Rush may be gone, but his negative legacy and its trauma lives on. In fact, in many ways, it feels like Rush’s life felt like a volcanic eruption, leaving it difficult for many of us to breathe.

How, then, should we respond? Give me a few minutes and I’ll offer some suggestions.

With Rush’s death, the “don’t speak ill of the dead” crowd emerged, and I too felt that old “Christian Nice” tug inside me that somehow surely I should have to do something to tamp down the complicated set of emotions I felt.

It’s a deeply visceral thing, this programming we have to not speak ill of the dead.

It goes along in lockstep with this idea we have about not speaking ill of the powerful living—of not speaking truth about powerful exploiters and bullies.

And, see, Rush fits those latter categories to a T, in death as in life. He was a powerful exploiter, who got rich off his radio show. And he was definitely a bully.

Because of that, I know, when I felt that visceral tug to not speak honestly about Rush’s awful legacy, I wasn’t feeling some sort of deeply Christian urge to “be loving to those who were fans of Rush.”

So let’s talk about the fawn response. Briefly, there are multiple stress responses, responses that seek to help us survive when we sense danger—the fawn response means that you befriend the threat.

Let me say this again, in order to cope with danger, this kind of stress response tells you not to fight or run or curl up in a ball to play dead (for more of those stress responses, check out our “Assertive Spirituality Guide to Online Trolls” by signing up for our newsletter—details at the end of this piece). It also doesn’t tell you to wisely band together with other trusted people to feel safer.

Nope, the fawn response tells you to befriend the threat.

Note: this doesn’t actually tell you the threat will go away, or become less dangerous. The idea is to try to make nice to them so that they won’t hurt you.

Now, I’m not saying the fawn response isn’t there for a reason. In fact, it can be moral in some situations. Resistance fighters in World War II, for instance, often feigned the fawn response while subversively working against the enemy for the greater good.

And those in domestic violence and other abuse situations are just trying to survive by “making nice.”

See, though, the problem with “Christian Nice” is that it often takes this fawn response, which is natural but rarely healthy long term when bullies are in power, and baptizes it as the highest form of spirituality.

This is a problem, because there’s nothing particularly “Christian” about making nice with bullies. Sometimes we need to do it to survive, but it’s not something that’s all that great in the long term.

In fact, Jesus got killed because he spoke up assertively against bullies without mincing his language. When people were blind guides, he called them out. So did the prophets.

It’s spiritual abuse—calling good evil and evil good—to suggest that we need to fawn to Rush Limbaugh and his horrid bullying thought progeny, either in life or in death. It’s also a gaslighting of what science and social science shows us is healthy for people.

So Go Ahead, Speak Honestly about Rush’s Toxic Legacy

So let’s be clear: Rush may be ashes now, and heading toward dust, but it’s the sort of death that leaves the world soooo much worse than he found it. And it’s highly spiritual to say that.

it’s perfectly okay to feel angry about the damage Rush Limbaugh left in his wake as his legacy. In fact, if you feel angry about that, you’re following in Jesus’ steps. Jesus felt all the feels about injustice, and called people out if they practiced it.

Rush Limbaugh dehumanized and demonized vulnerable people and their allies. That’s the opposite side Jesus and the prophets were on.

As I said last time, Rush’s words were not “just rhetoric” or “political theater.” Rush demonized people using fascistic language. He wasn’t the first to do so by a long shot, but the removal of the Fairness Doctrine on the airwaves meant that what he said didn’t have to be accurate. And he wasn’t.

His words were horrible, and they had strong negative effects on the world. As I pointed out previously, conspiracy theorists that came before him, such as William Cooper, actually popularized words like sheeple, and thought Rush Limbaugh and his acolytes were much too mainstream for them.

But what Rush did—was allowed to do because of the removal of the Fairness Doctrine—was to have a hugely important influence on way more people, radicalizing entire swaths of the population, including my right-leaning “moderate folks.”

Laying the Groundwork for the Last Four Horrible Years

I can see why he was given the medal of honor by the most recent president. After all, without Rush Limbaugh’s rhetoric steadily laying the groundwork for fascistic rhetoric over recent decades, the last four years could never have happened.

As I said a few weeks ago, a psychological study Brene Brown recently cited on her podcast showed that members of the alt-right genuinely saw a wide range of groups as significantly less than human.

Anyone who’s ever listened to Rush Limbaugh should recognize the categories of people deemed less than human: Muslims, feminists, Democrats/liberals, and so on.

These are not accidents. And it’s not just those who identify as the alt-right who have considered these groups “less than”—after all, as I’ve reported, thanks to listening to Rush, it took 15 years for me to rehumanize these groups enough to not class them with moral disgusts—and especially to actually vote for things that would help them.

And that was when I didn’t actually like Rush. Imagine the effects on those who actually thought he was funny and witty and clever for punching down at vulnerable populations and those who supported them.

He was an icon, sure—an icon that perpetuated alt-right ideologies and mainstreamed them. In doing so, he was one of the big folks who laid the groundwork for the January 6 insurrection.

If you weren’t aware of Evangelicals’ embrace of militant masculinity I discussed in a recent post, one would think most Christians would find this man abhorrent. Many in my upbringing said they did. But, again, they didn’t call people out for listening to him. They practiced fawn, and saw themselves the more spiritual for it.

Indeed, as historian Kristin Kobes Du Mez excellently outlines in Jesus and John Wayne (I wrote an analysis of this book here), the Evangelical church flocked to Rush Limbaugh’s thoroughly secular gospel when it got popular—in fact, it may be said that in the early ‘90s, when their own militant masculine messaging had temporarily softened a bit, Rush became a secular prophet for them.

Ironic, isn’t it? That for all the white Evangelical fears of feeling “threatened by the culture,” many of them rushed out to idolize Rush Limbaugh in order to start the kind of hypermasculinist culture wars he endorsed and inspired. And others, the “Christian Nice” ones, well, those certainly weren’t going to call the militant masculinists on this behavior.

So Yes, It’s Very Okay to Be Angry and to Speak Out Against Fascistic Rhetoric

So yeah, there’s nothing inherently “spiritual” about fawning to people like Rush and his acolytes, whether they are living or dead. In fact, I find it spiritually abhorrent to do so if you’re in a situation where you remotely have a choice.

So even when my insides are twisting trying to get me to fawn, as they have been in the wake of Rush’s death, I now refuse to do so. I know that other responses are most often more ethical in the face of this level of bullying. That includes speaking up against toxic crap of the kind Rush Limbaugh made popular.

As I’ve said before, there is healthy anger, and there are plenty of productive things to do with anger: most helpfully, you can use it to call for justice and accountability for the kind of continuing bullying that Rush’s damaging rhetoric enabled and reinforced.

As part of those efforts, for the love of all that’s good and holy, let’s call for all of our leaders to reintroduce the Fairness Doctrine for public airwaves. Look it up. It’s soooo important. Let’s do what we can to close down Rush’s legacy of public bullying, in all its forms.

One thought on “Ashes to Ashes and Rush to Dust?”

Ashes to Ashes and R… 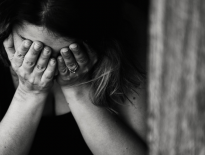 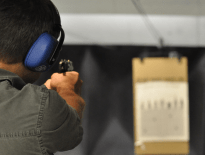