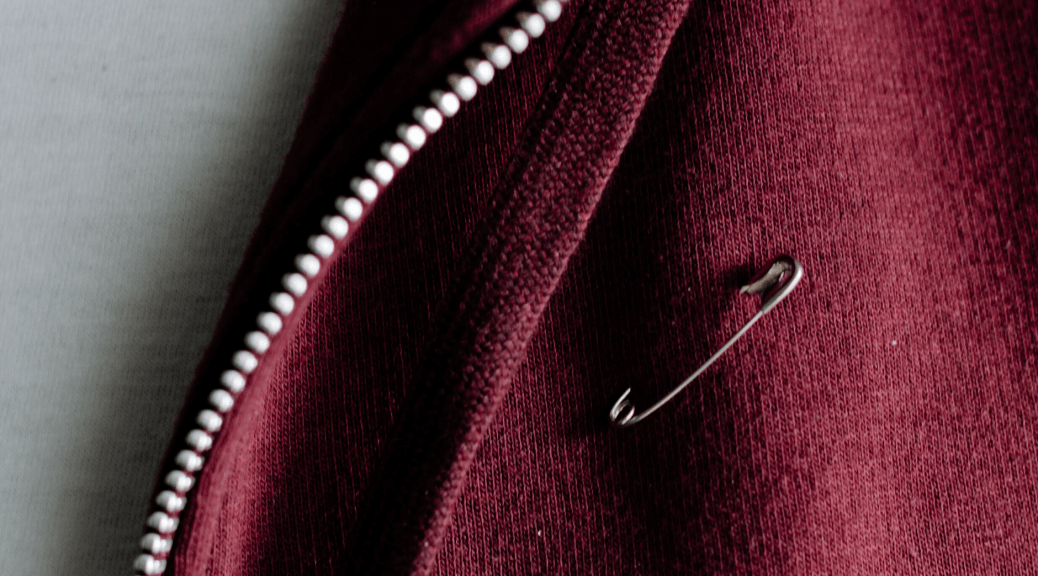 Well, friends, we’re here. Friday was the 3rd anniversary of the 2016 election. And everywhere I look I see the signs that we’re all pretty tired. And as I said a couple of weeks ago, one of the phenomena that pops up when we’re all as exhausted as we are (for good reason) is the “eating one’s own” phenomenon, especially within what’s often referred to as “call out culture.” Often this phenomena comes out in expectations of perfection that each of us should automatically already know everything we need to treat one another perfectly. In this article I’m going to talk about why and how that works and how the nature of communication means we’re never going to be able to make hard and fast one-size-fits-all rules that mean we’ll ever get it perfectly right.

That said, as you’ll see in the rest of this article, I don’t think “call out culture” is itself the problem–certainly not our desires to work toward better systems through pointing out toxic crap in the current ones. I do think we need more nuanced approaches within that approach, though. Thanks for hanging in there as I explain why and how in this longish analysis.

As part of this more nuanced approach, I think we should offer grace to people who haven’t previously shown themselves to be outright trolls as much as we can. (More about that detection process in our free “Guide to Online Trolls”—I’ll give instructions on how to get that toward the end of this blog post.)

How This Much Stress Affects Us in Progressive Spaces

Okay, so let’s start with what happens when we’re overwhelmed and tired in progressive spaces. (I talked earlier about why we’re so tired here and here.)

I’ll offer an example a follower at AS shared with me and graciously allowed me to share with you.

No Shame in This Example

I offer this example knowing that such dramas are playing out everywhere, and therefore I see no shame in this individual example, but an illustration of our very human desire to avoid hurting people—and the way we can end up hurting people anyway in the process.

This follower saw someone post a link with a resource from a site with a name like Cripple.com (I’ll be honest, I don’t remember the exact name).

And in response, without actually clicking through to find that the site was created by a paraplegic wishing to reclaim the term, a lot of lovely, well-intentioned audience members jumped on critiquing the person sharing the URL.

Why This Stuff Happens

It’s all very well to shake our heads once we know the outcome. But this kind of thing is soooo easy for all of us to do.

When we’re tired and overwhelmed, it gets harder and harder to do our detective work, our due diligence. Our brains become programmed to see things more negatively.

In that state, we begin to see danger around every corner—often it is real, but sometimes it isn’t. And that little bit of extra effort it takes to distinguish between the two feels like unachievable to us.

At this point we realize our judgment isn’t perfect, so we tend to go into scarcity mode.

We start to feel like we’re not-enough. It goes beyond feeling like we’ve done something that can be fixed into fearing we are inherently flawed. We fear disconnection. In the wise Brene Brown’s words in her book Daring Greatly, we go into shame spirals.

As Brown points out, perfectionism is often a sign of shame (as she defines it in her book Daring Greatly, that means a feeling that we’re unworthy of love and connection—which means we fear disconnection).

That’s because, when we feel not-enough, it’s easy—if unhealthy—to default to thinking we need to be, and control, everything. And that leads to perfectionism—and then feeling shame if we don’t hit our overly high standards.

It’s sort of weird, when you think about it: That the response to being at our most human and interdependent moments is too often, at least in individualist cultures, to expect ourselves to act like perfect machines that don’t even ever need care or maintenance.

I wonder sometimes if this was the way it always was, or if it’s gotten worse since the computing age and the Industrial Revolution. I suspect some combination of the two is the case.

So anyway, yes, when we’re tired some of us tend to shut down, while others get perfectionistic. Often, as in the above example it’s a weird combo platter—as when we shut down from doing that extra bit of due diligence but instead use our stress energy to pile on the person posting the link, however counterproductive that may be.

When those who tend toward perfectionism discover they can’t reach that goal, sometimes it’s easiest to project that fear of scarcity outward rather than to deal with it themselves.

This can show up in attitudes that expect others to be perfect as well, on one hand. And from the people that shut down, it often means that they interpret reasonable requests to do better as perfectionism, even if it’s not like that.

The Roots of Conflict Among Friends and Allies

Obviously, this mix can create some conflicts such as the one I outlined above.

In progressive spaces, this too often comes with application of otherwise good, helpful terms and concepts—such as impact being greater than intent—being misapplied. And sometimes it involves them being applied well with others perceiving them as weapons.

The Problems with Fighting Systemic Issues

To complicate things further, since we’re often trying to work with systemic issues that show up individually but for whom no individual is fully responsible, progressive spaces often are working in these grey areas regarding attribution of blame.

This gets complicated, because one major sign of shame spirals is misattribution of blame.

(This is probably one of the biggest things conservatives get caught up in shame spirals about regarding progressive ideology as well.)

See, I totally find it makes sense that to correct the imbalance of power we need to say things like “impact is greater than your intent.” The nature of trauma makes that true A LOT.

See, our bodies can process anything as trauma, and trauma can come from either one big event or a series of tiny acts as much as it can from a single large event—this is why the focus on “microaggressions.”

If several million people are all taught to look down on people in a particular group and do so once each, that can create quite the collective hurt.

It’s also a super slippery problem to try to fix. Because, in reality, that requires several million people to get educated as to how their actions hurt those individuals in another group.

The very thought of it is exhausting, is it not? It’s soooo easy to slip into shame spirals about this very thought of influencing that many people to change their own seemingly small actions.

And yeah, because we’re all socialized into these actions, and the one individual action doesn’t seem that bad, it’s hard to get people to see how their one seemingly small action would make a difference.

And hard to get people you’re trying to influence not to snap into their own shame spirals rather than seeing it as a correctable behavior.

Many of Us Are Traumatized, but in Differing Ways

To make it even more complex, marginalized groups tend to be diverse and filled with people who all have a mix of specific traumas out of these systemic phenomena.

And the systems and people acting defensively is constantly shifting, which changes the terrain in the midst of us seeking to make progress toward these slippery if worthwhile goals.

We Shouldn’t Give Up

None of this means we should allow ourselves to get cynical and presume the effort is pointless.

But we should give ourselves and others a bit of grace where we can for trying in a tricky, uncertain space, working with shifting expectations, traumatized populations, and language that is ambiguous and uncertain.

This doesn’t mean we should let ourselves off the hook for trying to do better, mind you. But we need to remove this expectation of perfection.

We Need to Strive for Excellence Rather than Perfection

In other words, we’re all trying to educate everyone on how to communicate perfectly when there is no way to do that perfectly.

And when we’re working with systemic and socialized expectations, and conservatives turning our terms into devil terms around every corner…it gets just that much more complicated to avoid getting cynical, burnt out, and unduly upset with each other.

But the truth is that there’s no way to get it perfectly right, to be “perfectly woke.”

No Silver Bullets in Communication

As I tell my university students regularly in my classes, there are no silver bullets in communication.

Which doesn’t mean there aren’t communication tools and skills and new things worth learning.

It just means you need to take that extra step to realize that no one tool, no one concept, fits all situations.

We Can’t Fix Everything—But We Can Do Our Best

None of the words, none of the ideologies, none of our actions are ever going to be perfectly fix all situations.

Especially when we’re working to fix systems. And the thing is, that’s both super annoying and also important for all of us to accept and remind one another of.

Because we can’t fix everything. None of us can, especially individually. That’s why when we feel not enough we need to stop taking that so personally where we can.

Why Shame Resilience Is Key

See, if we all individually practice our shame resilience, and learn to support one another well, we’ll all be able to much more easily see the truth—that we’re not designed to be enough on our own.

Shame as a Sign We Need to Work Collaboratively

And we’re certainly not designed to read minds or to have all the answers on our own.

See, we all need each other’s efforts, words, support and advice to figure big things out. We need to collaborate to make big changes.

And that’s good and right. There are lots of pitfalls in that, so it’s natural that we—especially in individualist societies—freak out about those.

But things genuinely can work well when we all listen to one another, take those extra moments to do our due detective diligence, and work to offer as much grace to one another as we can.

More Resources and A Final Call

Need more resources about detecting the true trolls vs. those just having a bad day or a bad apocalypse? As I said above, our free “Assertive Spirituality Guide to Online Trolls” can be one of those resources that can help you deal with conflict both online and off, whether in or out of progressive spaces. To get it, sign up for our weekly email newsletter either in the top bar of this site or through commenting on this article and checking the box to receive the newsletter when you do. You’ll need to confirm your email address in an email we’ll send you, and then we’ll send you the link in the final welcome email. You can unsubscribe at any time, but we hope you’ll stick around.

Go team #AssertiveSpirituality! Let’s continue to do what we can where we are with what we’ve got to move toward a healthier world for us all. We can do this thing.

Why None of Us Can B… 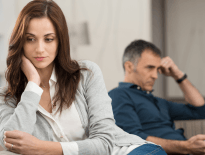 Assertive Spiritualities Surviving the Holidays in this Religio-Political L…

Assertive Spiritualities When “Christian Nice” Gets Mean about Holidays…
1