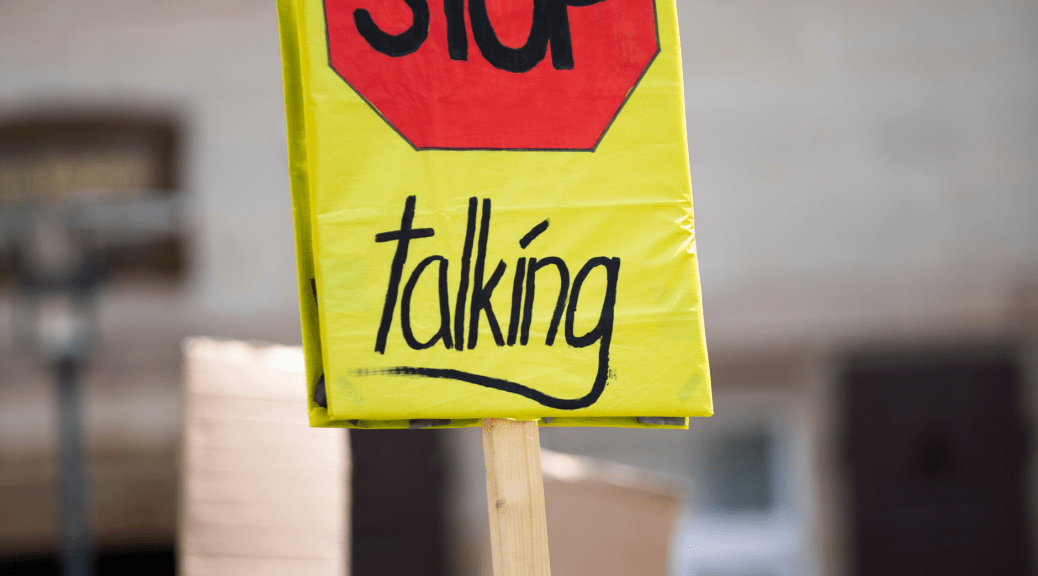 Hello friends! Lately I’ve been thinking about—and encountering—a lot of both healthy dissent and also the unhealthy varieties, especially when it comes to the 2020 election among my left-leaning and progressive friends. So today I want to unwrap some of those facets of the differences between healthy and unhealthy dissent, and encourage us all to diagnose the difference in ourselves and others so we can achieve our shared goals without too much unhealthy detraction.

And let’s be honest: this is going to require some of us who are engaged in strong stress and burnout stages to occasionally step back from the dialogue and effort if we find ourselves unable to contribute in a facilitative, constructive way toward making something new.

I wrote about this a bit before—about the grief that came for many progressive voters with losing some of the more progressive candidates off the current Democratic ticket.

This decision led to a situation in which many people had strong differing preferences for candidates in the same party.

Fear and Concern on, Well, All Sides

In such circumstances you get a situation with a LOT of fear for all of the people in the anti-current administration camp: (1) fear from those who strongly support Biden that everyone who disagrees with him will “poison the well” and refuse to vote for him, and/or encourage others to do the same; and (2) fear from those who supported the more progressive candidates that Biden and the DNC won’t listen to their concerns and take their needs seriously going forward.

Agreeing with What We Can

Here’s the thing: both of these sides have valid points, and both could and ought to join together in thoughtful dialogue about how to work together in a loose coalition without unduly tripping one another up or expecting us all to agree.

Not Surprised to See Unhealthy Dissent Popping Up

But just now, in the midst of the stress and trauma of a global pandemic? I’m grieved, but not surprised, that I’m seeing a lot of unhealthy dissent instead. Stay tuned, and I’ll unwrap a particular incident and tell you a bit of how I try to diagnose the difference and how I decide who to ask to step down and take a break from the dialogue in a given situation.

And after all, the stakes really ARE high for this election, and every little action and bit of rhetoric can help or hurt in helping us reach our goals. With such a strong threat from current heads of the opposition party, we don’t all need to think the same right now, but we DO need to work fast to manage our emotions to work toward a loose coalition in healthy ways.

An Online Incident that Led Me to Address This Topic

So here’s the inciting incident: Last week on my personal Facebook feed, two “web friends” I know and follow, but don’t know each other (I talk with both through messaging) got into a wrangle. These are both people I respect and like, even while there are points on which I disagree with from both of them (as is the case with many people!).

I knew both are on the same side in terms of fearing the reelection of the current administration.

I also knew they were both planning to vote the same way because of that fear.

The Roots of the Conflict

And YET there was quite the hubbub between them—because they had widely differing views on the subject.

Here’s what happened: One was in the Biden camp, and the other was planning to vote Biden but reluctantly. The first person didn’t know or ask about the latter point, though, and was assuming the latter person was digging their heels in.

(Note: I’ve also seen this go the other way, when the person distrusting Biden was totally burnt out and the person supporting Biden was the one voicing thoughtful dissent. I don’t see this happening in supporters of the current administration in healthy ways—so as you know if you’ve been following me for awhile, I’ve been strongly against the “bothsidesism” fallacy as used in the fascistic rhetoric coming from the current administration, but within current factions on the left, it’s happening that there really are people engaging in healthy disagreement, and unhealthily burned out people lashing out, on “both sides”—and it takes a deep breath and some careful diagnosis to see the difference.)

Back to the Story

Anyway, back to the incident. In this case, it was clear that the person supporting Biden was showing burnout in that situation. This was clear because they didn’t take the time to notice that the other person was expressing concerns without imposing them on others.

(If you want to know more about how to diagnose these things, I get into this topic more in the free “Assertive Spirituality Guide to Online Trolls” that comes with a subscription to our online newsletter—I’ll give instructions on how to do that at the end of this article.)

Again, the fact that this particular Biden supporter, in this particular moment in time, was jumping immediately to “unite with us or else” actually was harmful rhetoric in that particular situation. That person was so concerned with the urgency of the outcome that they were trying to coerce agreement in unhealthy ways.

I could see this, so I invited them to step away and cool down and come back later while reinforcing the validity of the other person’s thoughtful dissent and drawing attention to their credibility as being on the same side ultimately.

So, yeah, once it wasn’t going to be productive and it was clear, at least from my viewpoint as one who knew both people and study this stuff, who was making more assumptions, I asked the person who was challenged more in the moment to step away momentarily.

Because, again, I know both parties well enough, I knew enough to know neither of them was a troll, and that helped with the situation quite a bit. As I discuss in the “Guide to Online Trolls,” I would have dealt with it differently if that was different.

What You Can Do

Surely you’ve seen this happen at some point if you’re active on social media at all and engaged in trying to be assertive about religio-political topics these days. Maybe you’ve even be one of these parties.

The more we can emphasize the common ground we have without invalidating each other’s concerns, and step back to calm down when we’re not in a healthy place to hear one another’s valid points, the easier it will be to form healthily loose coalitions toward the common good to take care of the vulnerable.

I’ve found myself engaged with this same argument from the other side as well—drawing attention to the need to channel healthy dissent where possible and not just rant concerns about Biden as an expression of burnout.

Recognizing How I’ve Grown as “Mediator” of Such Disputes

When the initial incident happened last week, there was an interesting sense of déjà vu for me, because I suddenly felt like I was back in the friend group I was in when I was twelve, trying to mediate among those in my friend group who were upset at one another.

Back in the day, my goal would have been (and was) to try to get each other to like one another again in order to suppress the conflict and make everyone pretend to like each other. Today, my goal is to promote a loose coalition that works toward shared goals without requiring flattening of differences.

We All Have a Lot of Stress in Common

What it comes down to is this: we’re all under a huge amount of stress, and that means we’re all perceiving an awful lot of threat right now, and many of our bodies and psyches are naturally reacting to that strongly with fight, flight, and freeze stress responses.

Much of that threat perception is valid. But that doesn’t mean all of our stress responses are healthy or helpful. Learning to channel our stress in healthy ways, and call each other to rest when we can’t, is what I see as the most productive thing we can do right now to all work together as well as possible.

Using the Revelations of This Time to Work Toward Better Systems

But if we don’t have time to pause and diagnose the threats we perceive, we’re in danger of creating negative self-fulfilling prophecies that keep us from making new possibilities in the midst of this time that’s revealing so many flaws in our current systems.

As a reminder, the Greek root of the word apocalypse means “to make clear.” And it is clear that there are many flaws in our current systems that have led to great problems.

The danger is spending all our time telling ourselves and others that the flaws in our systems can’t be fixed because they are so obvious. The danger is also insisting that if we don’t fix them perfectly in the first go that it’s not worth making the effort.

And the danger is assuming that we can’t find ways to work together cohesively without flattening differences on one hand or de-emphasizing what we have in common in ways that hurt reaching the end goal on the other.

What Is Natural Can Be—But Is Not Always–Healthy

it’s natural to presume that we all need to think the same. It’s also natural to think we all have nothing in common, despite common goals.

It’s also natural, from the midst of the trauma we’re all going through, to go into freeze mode and presume nothing is ever going to get better.

But here’s the thing. It’s also natural and possible to use those stress energies our bodies are so efficiently producing for us right now to try to helpfully tend and befriend, however loosely, to fight toward our common goals.

And it’s also natural and possible to work toward resting from political discourses when we find ourselves unable to take part in that.

These are reasonable and achievable things that we can do to reach for the common good, friends! Let’s work toward diagnosing carefully who is and who isn’t at burnout stage, and ask them (including ourselves) to temporarily step back from the dialogue until they can rest more and rejoin us in constructive dialogue.

And let’s distinguish those folks who are burned out from from the true bullies (which is what the “Guide to Trolls”is designed to help you with—instructions in a bit if you want that resource!).

And let’s learn to see it as a helpful thing for us to reach toward healthy dissent in the process of all of this, while still emphasizing common goals.

Go team #AssertiveSpirituality!  May we all continue to reach toward the common good as we’re able where we are with what we’ve got, and may we rest as needed to come back and help in the relay marathon. We can do this thing.

Here It Is! The instructions to get the “Assertive Spirituality Guide to Online Trolls” for free. Just sign up for the weekly email newsletter by entering your email address in the top bar of this page or by checking the box when you comment on this article. Once you’ve confirmed your email address you’ll get the link to the Guide in the final welcome email. You can unsubscribe at any time, but I hope you’ll stick around. If you do, you’ll get links to weekly blog posts first, as well as first notification of new online courses and other supportive resources I hope to make available as soon as this summer. 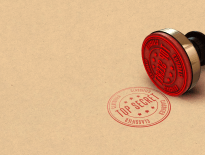 Conspiracy Rhetoric Understanding the Rhetoric of COVID Conspiracy The… 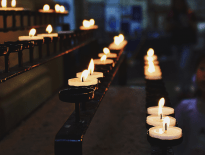