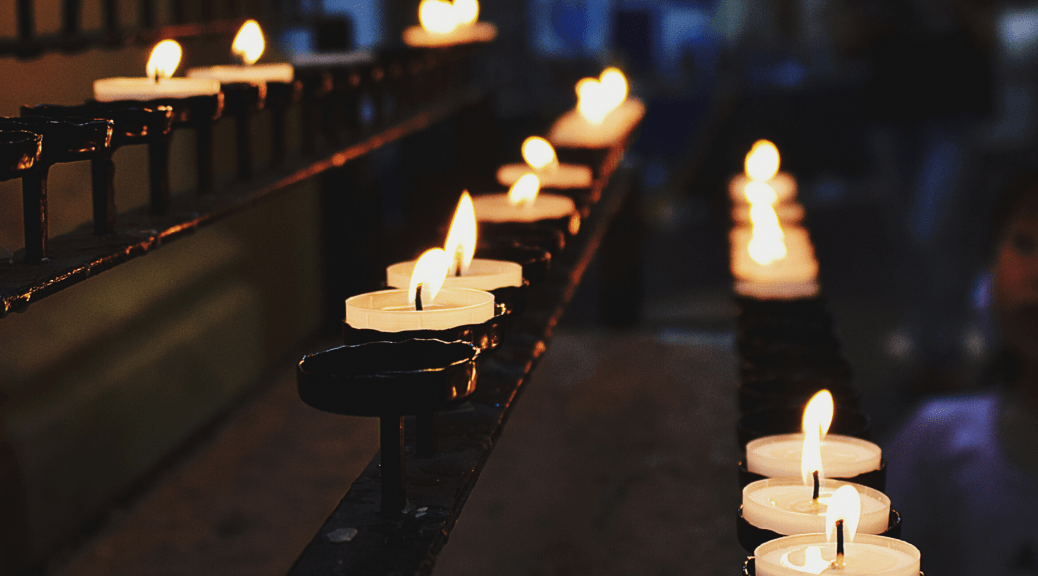 It happened so quickly, didn’t it? On March 1 in my first article about COVID-19 on this site, I was apologizing for calling the current pandemic “only a cold,” and recommending preparations. About that time I was also recommending that my university students absolutely not shake hands with each other when they did their in-class interviews.

Let’s Get Down to It

Some people are rising to the occasion well, and some are not. This includes religious and spiritual organizations. Today’s article will unpack a bit of how those who aren’t adapting well are exposing their congregants to danger—and why, as I just said, there has long been a major flaw in how religious organizations have too often addressed their audiences.

As always, I’ll be unpacking this analysis from my lens as a pastor’s kid who got a doctorate in communication and studies, teaches, and writes about stress, trauma, and communication.

Okay, I Do Get It

Before I dive too far into the problem, I want to be honest and offer some empathy: I understand why those religious organizations who haven’t adapted haven’t adapted to both this COVID-19 thing and the pre-existing systemic problems it’s exposed.

This pandemic has been really whiplash-y and overwhelming for most of us, including those who already saw connection as a threat for valid reasons (I’ve previously talked about this here and here). While the social distancing protocols may have not changed some of these people’s lives all that much, the overall stress and strain on everything has really taken a toll on so many, up to and including fears of death for self and loved ones, fears of lost sustenance and lodgings, and so on. (I’ve talked about this before, and the ways it’s exposed the ways we are all an ecosystem.)

This is all to say that social distancing is by no means the only cause of stress in this pandemic.

The Heart of the Matter

But now that I’ve said that, though, let me dive into that particular part of the problem and how it’s exposing existing problems in the way too many religious organizations have been perceiving care and concern.

See, the desire to associate proximity and touch with care and concern is something that’s pretty normal to the stress response unless your body and brain have been taught that touch and proximity are unsafe.

The Pre-existing Condition COVID-19 Is Exposing

And let’s face it—too many religious and spiritual organizations have already had a hard time recognizing and offering care for those who find proximity unsafe.

That’s why they’ve needed calling out in movements like #churchtoo.

That’s also why religious and spiritual organizations have had a hard time caring for those who have been traumatized, especially spiritually traumatized, whether by abuse scandals or something else.

Religious Organizations Have Limits, Sure, But Also…

Naturally, spiritual and religious organizations have limits—having grown up as a pastor’s kid, I’m aware of that as much, if not more, than most other people. I get those constraints.

But too often, those in churches have used their constraints and “what we’ve always done” as reasons to only reach out to those who see connection in terms of proximity—and not those who find it a threat.

When Victims/Dissenters Are Seen as a Threat

Let’s face it: too often those in religious organizations have seen those who left after abuse as a threat.

And too often those in leadership in these organizations have too often protected those in charge at the expense of those who are hurting, scapegoating those who feel uncomfortable with worship services after things like abuse scandals.

Scapegoating the Leavers with Valid Reasons

Too often, rather than owning up and taking accountability for the problems, religious organizations have too often interpreted the leaving of often-hurting individuals as them being overly emotional or weak/broken. Many in these organizations have made them a source of gossip rather than showing them love and empathy.

In other words, these organizations and their leaders have too often seen those who have chosen to isolate themselves from them and their worship services as a source of shame (in other words, a sign that the organization must not be enough) and taken it out on the victims. They have, in fact, overly emphasized types of spirituality that involve collective activity

This is really too bad, as they could instead look to their own guilt (the mistakes they can, well, repent of and do better—thanks to Brene Brown for these definitions, as always!) and also realize that they’re not responsible to fully fix everything in this messed up world as well.

Sometimes It Takes a Global Crisis, It Seems…

Instead, though, it’s taken a global crisis in which we’ve been told to see interpersonal meetings as a threat for them to realize they need to shift their one-size-fits-all approaches.

It is only under these circumstances that many of these organizations have finally adapted their approaches, to the point where those who have not are starting to stick out like gangrenous thumbs (and in some cases, are starting to die from the virus).

I mean, as I said in an earlier piece, while you can cause a lot of damage with unhealthy rhetoric around a virus, you can’t actually gaslight the virus itself. (Any more than you can undo the damage done by abuse and gaslighting of victims.)

See, in a world where viruses aren’t trying to occupy human flesh (and don’t care whose flesh they hang out in), heady concepts about clustered community being the only or most holy thing don’t really cut it.

The Problem with the Unhealthy Logic

The truth is, the virus isn’t wandering around with some sort of magical “spirituality detector,” turning back if people just really care about one another, or just “love God enough.”

As opposed to, of course, those people in ICE detention facilities?

Or low-income neighborhoods with mostly black and brown people in them?

Or concentrations of nuns (https://cruxnow.com/church-in-europe/2020/03/nearly-60-nuns-test-positive-for-covid-19-at-two-convents-outside-rome/)?( Oh, wait…maybe, if that’s the case, maybe than it really isn’t about spirituality who gets the virus?!?)

Looking to Jesus’ Point Back in the Day

Maybe the virus does not discriminate between those who have faith and those who do not. Maybe, as Jesus said so long ago when he healed someone, it’s not a marker of either goodness or evil if someone gets sick.

And maybe it’s not a marker of goodness or evil if you stay well.

Maybe This Point Extends Out to the Spiritually Traumatized Too

And maybe—just maybe—it’s not a marker of those people’s goodness or evil if people have been socially distancing themselves from religious organizations because of trauma, either now or long before this.

Maybe it’s just a sign that the organizations, members, and leaders of these organizations who make distinctions among righteousness or a lack thereof based only or mostly on who’s gathered in the building are causing damage by those assumptions.

And maybe those inside such organizations who refuse to listen to the feedback of those on the outside are missing out on majorly helpful information that could help them.

A Call to Assertive Speaking Out (Of Course!)

Maybe, just maybe, it’s time for those who see unhealthy patterns such as these to speak up assertively about these types of issues, as well as they can.

And maybe—just maybe—it’s time when at least some who have blocked their ears against such messages (likely the healthier ones) may have ears open to listen to these sorts of messages.

May those who have ears, let them hear.

Looking to speak up and need some help dealing with the conflict that results? We have a free resource for you—the “Assertive Spirituality Guide to Online Trolls.” To get it, sign up for the email newsletter in the top bar of this site or by checking the box when commenting on this article. Once you’ve confirmed your email address in the resulting email, the link to the Guide will be sent in the final welcome email and will help with conflict both online and off. You can unsubscribe at any time, but we hope you’ll stick around. 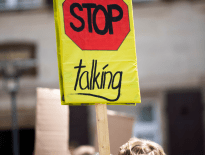 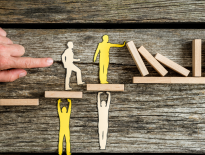